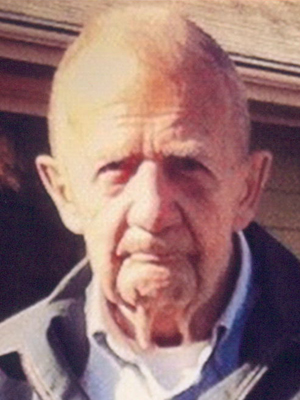 A time of gathering will be on Tuesday, May 28, from 10 am – 12 (noon), with military honors immediately following provided by the Jordan Vets Honor Guard, all at Ballard-Sunder Funeral and Cremation, 104 West First Street, Jordan. Philip will be laid to rest at Grandview Park Cemetery, in Hopkins, MN. Memorials are preferred and will be distributed in Philip’s honor.

On March 10, 1922, in Eden Prairie, MN, Philip Paul was born to parents, Gustav and Lydia Heppes. He was the youngest brother to Bernard and George, growing up during the depression years. Philip proudly served in the United States Navy, during World War II.

Philip spent over 35 years working as an airplane mechanic for Northwest Airlines. He was fortunate to retire at the age of 63.

In the 1960’s, Philip moved south to rural Jordan, to a small farm. He rented out the land to another farmer and never had any animals. However, this plot of land allowed Philip to have a large garden. He was an avid gardener. Philip was always competing with other gardeners, as to who could grow the biggest tomatoes. He too was known for making amazing horseradish. Philip was forever tinkering in his yard, striving for that perfect lawn. Besides the garden and lawn, Philips’s property was adjacent to the Lydia Airport, where he spent countless hours watching the planes come and go.

Philip lived a simple life. He enjoyed Ford products, especially Thunderbirds and pick-ups. Philip loved a good piece of pie, with several scoops of ice cream on the side! Over the last 20 years, he was a regular at the Country Primetime in Lydia, MN. Philip enjoyed socializing with the boys at lunch and later returning around 4 pm, for happy hour.

In 2012, Philip’s health started declining. His great-niece, Katie Heppes moved in to care for him. In March of 2017, Philip needed additional care and moved into the Belle Plaine Lutheran Home.

Preceded in death by his parents, Gustav and Lydia; brother, Bernard and George.

Offer Condolence for the family of Philip Paul Heppes