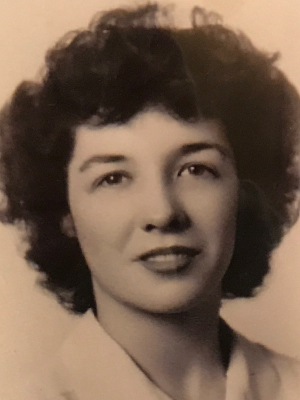 Phyllis Evelyn Melby neé Abear, age 85 of Prior Lake, formerly of Richfield, passed away December 30, 2018. A funeral service will be held at 11:00 AM on Tuesday, January 8, 2019 with a visitation 1-hour prior at the Cascade United Methodist Church (2278 Black Lake Rd) Deerwood. A time of gathering will be held on Sunday, January 13, 2019 from 1-4:00 PM with closing prayers at Ballard-Sunder Funeral & Cremation (4565 Pleasant St. SE) Prior Lake. Phyllis will be laid to rest at the Deerwood Cemetery. Her granddaughter, Lori Groven, will act as urn bearer.

On October 21, 1933, Phyllis was born in Deerwood to parents, Fred and Chleo (Terry) Abear. She was the eighth of nine children. From a young age, Phyllis was surrounded by and loved her large family.

Later in life, she often reminisced about her brothers, stationed overseas during WWII, and the relief she felt when they returned home. In her youth, Phyllis enjoyed playing tennikoit, dancing to the jitterbug, and attending school functions.

A proud graduate of Crosby-Ironton, she never forgot her school rouser! At the White Pine Dancehall, Phyllis caught the eye of Orville Melby, who was voted “most handsome” in high school. After four years of dating, they exchanged wedding vows September 22, 1956 at the Deerwood United Methodist Church. This union was blessed with 53 years together.

Deeply influenced by her French and English heritage, Phyllis carried on her family’s tradition through her signature recipes; Caramel rolls, fudge, fried bread dough, and most importantly, chocolate cake. A tradition started by her mother, Phyllis made a chocolate cake weekly for her family.

Later in life, Phyllis joined her daughters on numerous road trips to the Black Hills, Yellowstone, and Door County, and the Amana Colonies. Rather than collect souvenirs, Phyllis would find and sample local maple nut fudge. She also enjoyed antiquing on weekend trips with her daughters. For many years, Phyllis and Orville grew a large flower and vegetable garden together.

The biggest joy in Phyllis’ life was her family. She loved her large family and with children in tow, Phyllis attended her brother Douglas’ band gigs. In her final months, her face would light up at the sound of songs that her brother used to sing. She was the go-to caretaker for her grandchildren, nieces, and nephews. She adored children and was proud to be a grandmother. Along with Orville, she attended the birth of all her grandchildren! Whenever her family needed her, she was there with a smile.

Offer Condolence for the family of Phyllis Melby