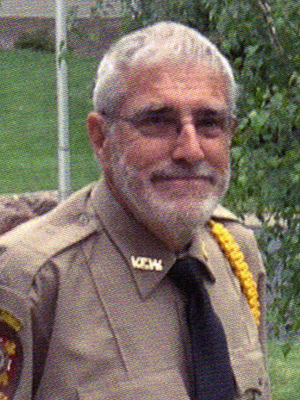 Michael “Mike” D. Leahy, age 85, passed away peacefully on Wednesday, October 23, 2019, at Mala Strana Rehabilitation and Assisted Living, New Prague, MN. He was a longtime resident of Prior Lake, MN.

A time of gathering will be on Monday, October 28, from 4-7 pm and one-hour prior to the Celebration of Life on Tuesday, October 29, at 11 am, all at Ballard-Sunder Funeral and Cremation, 4565 Pleasant Street SEW, Prior Lake. Pastor Marggi Pleiss-Sippola will preside. Acting as urn bears will be son, Jeff and Mike’s three grandchildren. Memorials are preferred and will be distributed by the family, in his name.

Michael David was born on Flag Day, June 14 of 1934 to Ambrose and Alice (Choc) Leahy. Born and raised in Austin, MN, he was the older protective brother to John and Catherine. As a young boy, Mike took a strong interest in the outdoors, which followed him throughout life. Mike especially loved hunting and fishing with family and friends. Sunday afternoons were spent at his grandparent’s home, as a family. During high school, Mike worked part time on the railroad and later at the local grocery store. He graduated from Austin High School in 1952.

After graduating, Mike proudly enlisted in the United States Army. For the next several years, he served during the Korean War, in the Specialty Strategic Air Command. After being honorably discharged, Mike took a job at IBM in New York, which later transferred him to Rochester, MN. Transferring to Minneapolis, MN, Mike had an amazing way of connecting with people, so he took a job, as a yellow taxicab driver. Mike was fortunate to have a few famous people in his backseat. After a short stint, Mike took a position at Unisys. He spent the next 25 years there, with most of his time as a supervisor of printing and photography. After retirement, Mike accepted his dream job of cutting lawn, with Wilds Golf Course. Mike also committed 20 years of service, as a Scott County Deputy Reserve, with finally retiring at the age of 80.

While in Rochester, Mike met the love of his life, Bernice Lovanne Gylsen. A conversation began and the rest is history. On New Year’s Day, December 31, 1963, at a small church in Iowa, they declared their love to each other. Mike and Bernice eventually settled their roots in Minneapolis, where they raised three children, Shelly, Jeffrey and Gregory. In 1978, Mike fulfilled a dream of living on the lake in Prior Lake. He loved lake life. Mike was able to enjoy fishing, campfires, and boating. He also enjoyed raising pheasants and cutting and selling firewood. In 2005, Mike and Bernice sold this home, yet remained residents of Prior Lake. Through the 56 years of marriage, they had many adventures. Mike and Bernice, also enjoyed traveling to Europe, seeing the United States on bus tours and relished lots of day trips.

Mike was hardworking and generous with his time and talent. He was compassionate about people, his work and his beloved country. Mischievous at times, Mike had a wonderful sense of humor and quick wit!! He loved socializing with people, even complete strangers.

There welcoming Mike home in heaven are his parents, Ambrose and Alice Leahy; brother, John and sister, Catherine Anderson.

Offer Condolence for the family of Michael “Mike” D. Leahy