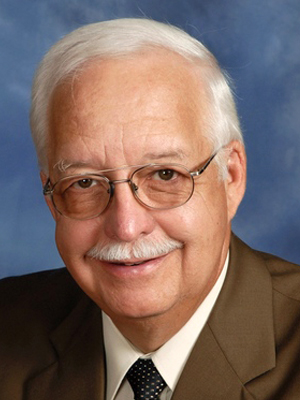 On April 17, 1945 in Minneapolis, MN, parents Herman and Helma (Elling) Krueger celebrated the birth of their first son, Robert Henry Krueger. Along with his two younger brothers, Robert was raised on the family farm outside Jordan, MN. In his youth, he enjoyed participating in 4-H and attended school in Prior Lake and at Immanuel Lutheran Christian Day School.

Knowing the benefits of a Christian education, Robert furthered his studies at Concordia Academy and junior college at Concordia College in St. Paul. He later attended Concordia Senior College in Fort Wayne, IN.

After a vicarage in Junction City, KS, and completing training at Concordia Theological Seminary in Springfield, IL, Pastor Bob was ordained at Immanuel Lutheran of Fish Lake in 1971. He served communities in Kakabeka Falls, Ontario, Fairhaven, MN, Kimball, MN, and for 30 years at Bethlehem Lutheran Church on the east side of St. Paul, MN.

In 1966, Bob met Linda Pieper while she was waiting tables at a wedding. They were married December 27, 1968 at Immanuel Lutheran of Fish Lake and were blessed with 46 years together until Linda’s passing in 2015. Bob was a proud husband, father, and grandfather. He especially enjoyed when the grandchildren would join him in the garden. In his free time, Pastor Bob enjoyed playing cards, gardening, and giving hayrides.

Pastor Bob loved his Lord, his family, his congregations, and his gardens. He truly had a servant’s heart. Pastor Bob worked tirelessly to share the Gospel and support Christian education at East St. Paul Lutheran, Concordia Academy in Roseville and Concordia University in St. Paul. His favorite parts of ministry were giving children’s sermons and visiting the shut-ins. He would faithfully offer the elderly the Lord’s Supper, prayer, and bounty from the garden. In retirement, he went back to his home congregation of Immanuel Lutheran of Fish Lake to serve as a visitation pastor. Pastor Bob cherished visiting the shut-ins who were influential in his life as a child.

Robert’s life was enriched when he was introduced to Katherine Klemp. They were married on May 18, 2019 at Concordia University chapel.

The family of Pastor Bob extends their deepest appreciation to Allina Hospice and Pat & Amanda Schultz for their loving care.

Memorials can be directed to Concordia University-St. Paul, Concordia Academy, or your local congregation.