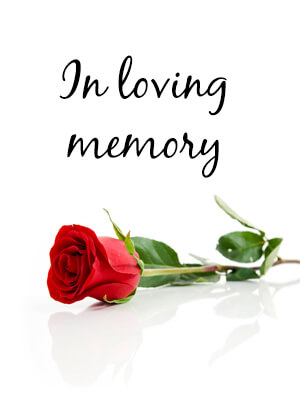 Jason, Betsy, Melody and Hawk Calderara passed away much too soon after a tragic car accident in Cannon Falls on Monday, July 18, 2016. They were a wonderfully loving family and will be missed by so many. A Memorial Service will be held in their honor on Sunday, July 24, 2016 at 3:00 PM with a time of gathering from 1:30 – 3:00 PM at Harbor Community Church; 5995 Timber Trail SE; Prior Lake, MN. Pastor Joey Frechette will preside. In lieu of flowers, memorials are preferred and will be distributed in honor of Jason, Betsy, Melody and Hawk.

On June 14, 1985, John and Janice celebrated the birth of their son Jason Michael Calderara. His nicknames that he was extremely proud of were “J” and “Peanut.” Jason was the oldest of three children, and he was the best big brother to Trista and Jessica. As a boy, Jason lived in New York and Tennessee before his family settled in Texas. Since he was a little boy Jason was always worried about others and could not stand to see others unhappy. His sisters and friends remember that he always tried to make them laugh, even at the expense of himself. Jason enlisted in the Army National Guard in January of his junior year of high school and attended drill weekends during his senior year. He proudly served his country before being discharged as a disabled veteran.

Jason then met a young woman from Minnesota named Jennifer. He and Jennifer were soon married. Although their marriage didn’t last, they always remained friends and were both wonderful parents to their son Nick. Little did Jason know that he was always meant to move to Minnesota, because it led him to the love of his life, Betsy Richter.

Betsy was born on May 18, 1990 to parents, Leslie and Suzanne. Betsy always had a bold personality and was so proud to be a unique individual. Her siblings often just shook their heads embarrassed by her, but Betsy was always true to herself. She grew up in Prior Lake. After graduating from high school she earned her Associate’s Degree and also attended a Life Training Program that changed her life. It was her roommate from the Life Training Program that introduced her to a handsome young man, Jason Calderara.

Jason and Betsy hit it off instantly. They immediately became great friends finding that they had so much in common. Neither of them was “traditional”. They both broke from convention and weren’t afraid to live outside the box. Their friendship soon grew into a deep love.

During their first date, Jason and Betsy were enjoying a beautiful hike around a local lake when suddenly a tornado appeared. They had to outrun the storm and seek shelter from the tornado. They both knew that if they could make it through that, they could make it through anything together. On October 5, 2013, Jason and Betsy were married. They were blessed with a beautiful daughter, Melody Pond Calderara, and were anxiously awaiting the arrival of their son, Hawk Ilion Calderara. Both children were named after important characters from their favorite TV shows. Melody’s came from Dr. Who. Hawk was to be nicknamed “Hawkeye” from MASH – a pun from Hawk’s first name and middle initial – Hawk I. His middle name came from the name of the town from Jason’s childhood and was a tribute to the one place he always called home. Jason and Betsy were extremely proud of their break from tradition and of giving their children names from their favorite TV shows no matter what anyone else thought.

They enjoyed spending as much time as they could together. They were always looking for fun adventures, playing games, and taking drives. They enjoyed watching movies and TV shows. Dr. Who, Stargate and MASH were a few of their favorites. Jason, Betsy and Nick enjoyed playing video games together, and they occasionally played Dungeons and Dragons too. No matter what they were doing, they always lived life to the fullest and were an inspiration to those around them.

Jason and Betsy had many interests, but family was the most important thing in their lives. Jason was so proud of his sister Jess who is attending Texas A&M. He was also thrilled to be stay-at-home dad, and Melody was certainly Daddy’s Girl because of it. He was the ultimate protector and peacekeeper for his family. Betsy was such a loving mother, and she couldn’t wait to meet the newest addition to their family.

There to greet Jason, Betsy, Melody and baby Hawk home to Heaven are their grandpas, David Calderara and Robert Brantly; and Aunt Irene Richter.

Offer Condolence for the family of The Calderara Family