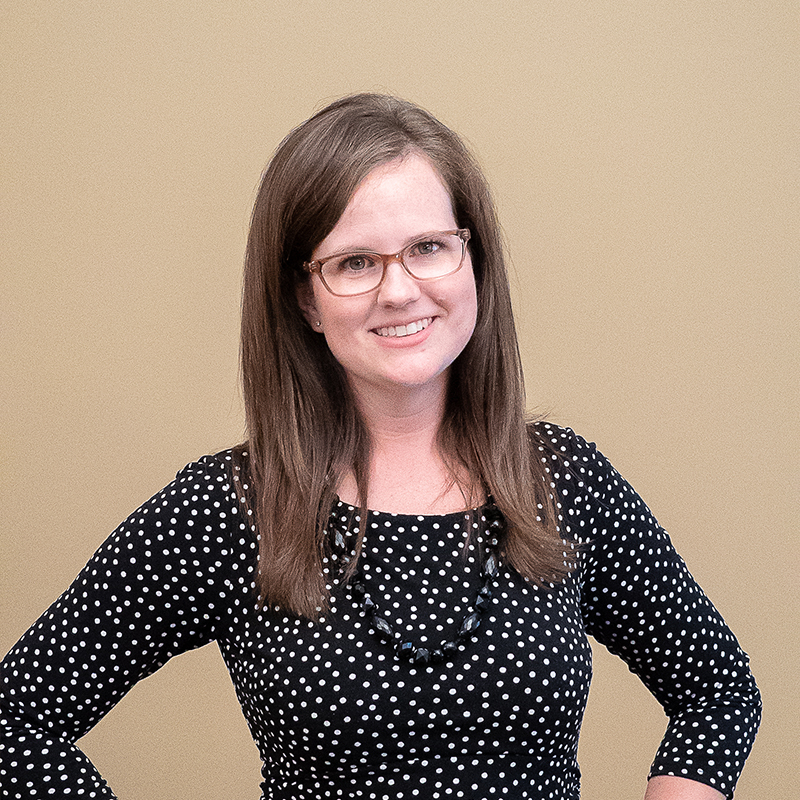 Lindsey grew up in Jordan and loves working in her hometown. Lindsey is both old and new to the funeral business. She grew up being exposed to the family business but didn’t officially join the Ballard-Sunder team until 2012. Lindsey is so proud to carry on the traditions her grandpa (Dick Ballard), parents (Mark & Lori Ballard) and uncle (Charlie Sunder) have established at Ballard-Sunder.

Lindsey is very active in national organizations within the funeral industry. She serves on the Board of Directors for the Cremation Association of North America. Lindsey is also responsible for Fletcher the Funeral Dog. Fletcher is three year old Labradoodle in training to become a therapy dog. He loves meeting new people and is frequently at work with Lindsey.

In her spare time, Lindsey and her long-time boyfriend Paul love boating on the local lakes, playing sand volley ball and visiting the dog park with Fletcher. Lindsey loves to travel, and recently went on a dream vacation where she got to spend her birthday with orphaned baby elephants in Kenya. Lindsey always seems to keep busy, but when she isn’t running around, she’s probably at home watching an episode of “The Golden Girls.”

Mark has lived in Jordan since he was five. He began working in the funeral home part time as a teenager. He became a full-time employee in 1980 and earned his mortician’s license in 1985. Mark learned a lot working with his father, Dick Ballard. Mark soon became the second-generation owner when he bought the business from his parents in 1990. After spending more than 40 years in the business, Mark has a seen a lot of changes. The biggest change coming up for Mark will be retirement in the next few years.

Besides being a funeral director and business owner, Mark is also an accomplished musician. He has been playing in local bands since he was a teenager. In his free time, Mark enjoys supporting live music, going to the Renaissance Festival and traveling. He especially likes family vacations to Disney World with his grandsons.

Ron Dean Cox was born on October 23, 1954, in Shakopee, MN, to Hector and Evelyn (Huth) Cox. At END_OF_DOCUMENT_TOKEN_TO_BE_REPLACED

Irene F. Nelson, age 95 of Hopkins, passed away on January 13, 2023. A Time of Gathering will take END_OF_DOCUMENT_TOKEN_TO_BE_REPLACED