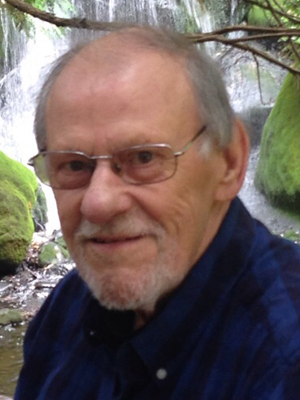 Ronald Eugene Ross (age 79), of Jordan, died March 21, 2017 in the company of his family in Shakopee, MN. A memorial service will be held to celebrate Ron’s life on Monday, April 17, 2017, 12(noon) with visitation two hours prior at Ballard-Sunder Funeral & Cremation in Shakopee, MN.

Ron was the son of Harvey and Beulah Ross. He was born in Estelline, SD on June 2, 1937. He and his family lived in Keystone, SD and Custer, SD. The family moved to Brookings, SD where Ron attended Brookings High School.

Ron married Mary Richardson in 1955. He and Mary had five children, including Rhonda, Steven, Diana, Juliet and Daniel.

Ron later worked at the South Dakota Game Fish and Parks as a regional information specialist. In 1966, he accepted a job at Webb Publishing Co in St. Paul, MN and moved to Inver Grove Heights, MN. At Webb Publishing, Ron served as an associate editor of The Farmer magazine and later as editor of Irrigation Age magazine.

In 1978 he moved to Brookings, SD where Mary operated a family business and Ron did freelance public relations and advertising. In 1981 Ron accepted a job at Miller Meester Advertising in Minneapolis. He retired from Miller Meester in 1998. He freelanced during the last 10 years of his writing career, specializing on stories about conservation farming. A book containing a compilation of his articles was published by Lessiter Publications in 2007.

Ron and Mary enjoyed camping, fishing, travel and spending many hours with their grandchildren. They visited many national parks and monuments and the state parks of Minnesota, South Dakota and Wisconsin. Ron was a Goodhue County Master Gardener and a member of the Red Wing photography club. He spent many hours beautifying the lawn of their 6-acre home in the woods near Welch, MN. After Ron moved to Jordan, MN, he was very active at Brentwood Court and volunteered with the Jordan Area Historical Society.

Offer Condolence for the family of Ronald Eugene Ross