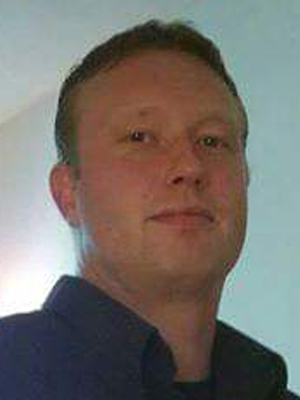 Blake Charles Menking passed away suddenly and unexpectedly on Wednesday, January 15, 2020.   Visitation will be held on Wednesday, January 22, 2020 from 2:00-4:00 PM with a celebration of life service at 4:00 PM at Ballard-Sunder Funeral & Cremation (4565 Pleasant Street SE) in Prior Lake.

Blake was born on June 15, 1982 to Pamela and Charles Menking in Burnsville, MN. Raised in Prior Lake/Savage where in his youth he enjoyed playing Soccer & Basketball and excelled at both.

His charm and charisma served him quite well as a child, and even better as an adult. After High School Blake went on to work for All Star construction. Over the years he continued gaining knowledge and remodeled homes throughout the Twin Cities Metro Area.

Blake was so full of life, bringing humor and laughter into every single life he touched. Once, when his car wouldn’t start, he thought he would call “Jimmy John’s”, because they’re Freaky Fast, and he knew he would get his car jumped and a sandwich in 5 minutes or less. You can’t make this stuff up.

Blake wore his heart on his sleeve, he truly cared for everyone he met on this journey, putting others before himself. He was one of a kind and will be dearly missed by his loved ones. A charismatic simple man, Blake will be dearly missed by his Daughter, Brooklynn Menking, her Mother, Ja’Nae Christensen, Mother, Pamela McKenney, Father, Charles Menking, Sister Brittany McKenney, loving friend Corrine Cords, maternal Grandmother June Cardinal; paternal grandfather, Lloyd Menking, many aunts, uncles, cousins and other loving relatives, friends and loved ones. Blake is preceded in death by his grandfather Donald F. Cardinal, and grandmother, Corrine Menking.

Offer Condolence for the family of Blake Menking