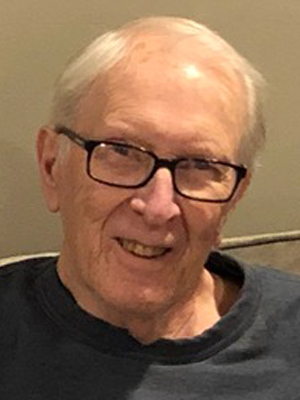 Al Gigstad, age 81, a longtime resident of Prior Lake, MN passed away in his home on Monday, July 27, 2020. A drive-through visitation will be held on Friday, July 31st from 4:00 – 6:00 p.m. at Ballard-Sunder Funeral & Cremation (4565 Pleasant St. SE) in Prior Lake. Please remain in your vehicle to greet Al’s family. Face masks are required. (Drive-Through Visitation Map)

A private graveside service presided by Pastor Diana Hunstad will be held at Spring Lake Cemetery in Prior Lake.

Allan Carson, son of Carl and Clara (Sigurdson) Gigstad, was born on May 3, 1939 in Marshall, MN. Al grew up in St. James, MN with his parents and his sister, Shirley, and developed an interest in cars at an early age. Despite Al’s pleasant and calm demeanor, he had a wild streak in him too—once painting “Elvis for President” on the St. James water tower.

Following High School, Al met the love of his life at a dance hall. Her name was Vicky Jean Wilson. Al and Vicky’s love blossomed, and they were united in marriage in Trimont, MN on May 9, 1964.

Following their marriage, Al and Vicky were blessed with three sons, Steve, Paul, and Mike. They shared many memory-filled years together. The family enjoyed golfing, spending time at their cabin, and their favorite tradition of having fondue every Christmas.

Al was especially proud be a grandpa! He even shared his love of golf with them, often taking them for golf lessons at Cleary Lake Golf Course. An avid reader, Al would often swap murder mystery and sci-fi novels with his favorite (and only) granddaughter. He was close with his grandson too. When spending time together, they often held the same stance, left hand in their pocket, sitting with their legs crossed. He had many interests over the years—muzzle loading, crafting model airplanes & ships, and woodworking. An artistic man, Al shared these talents with his family and friends.

During his entire 50-year career, Al worked as a painter. Al and Vicky briefly lived in Richfield where Al worked before settling in Prior Lake in the late 60s. Shortly after moving, Al began his own business, Gigstad Painting. Al became well known around the Prior Lake community, working on mostly residential projects throughout his career.

Later in life, Al and Vicky were able to travel and go on various cruises to places such as St. Thomas, Alaska, and the Panama Canal. Once Vicky passed away, Al rekindled his love of cars and bought a bright red corvette. He made sure to get full use out of it, claiming to drive 160 mph on multiple occasions. He also cherished the companionship of his dog, Riley, before his passing.

Al will be remembered as a laid back, happy-go-lucky, and gentle man. He will be missed by his sons, Steven Gigstad, Paul (Chrissie) Gigstad, and Mike Gigstad; grandchildren, Delaney and Carson; sister, Shirley (Jack) Bergstedt; and other loving family and friends. He is preceded in death by his wife of 44 years, Vicky; and his parents, Carl and Clara.

Offer Condolence for the family of Al Gigstad