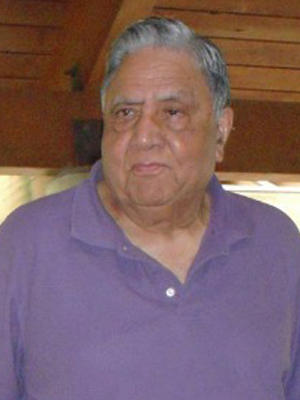 Dr. Akbar Abdul-Haqq, evangelist, author, teacher, husband, and beloved father, went to be with the Lord Jesus on May 20, 2019.

The Celebration of Life Service will be held at Prior Lake Baptist Church on Sunday, May 26, at 4:00 PM, with private family interment prior to the service.

Dr. Haqq was born in northern India in 1920.  He was raised by a loving mother and a most courageous father, who was a noted apologist for the Christian faith.  Dr. Haqq gave his life to the Lord Jesus at the age of 24 during a college revival meeting.  His memory of that day was vivid.

“I wasn’t sure what had happened, but I felt light as a feather, as if all my burdens were lifted, and I could fly.”

From that time forward Dr. Haqq prepared himself to be useful in the Lord’s service.  He gained advanced degrees in philosophy, psychology, Persian, and world religions.  He also married his college sweetheart (Vida), and started a family, living through the chaos and violence that followed the dawn of India’s Independence.  The horror of those days made him doubt his future, and it was his father who provided him with comfort and a new vision.

“My son, don’t be afraid.  You will survive these times, and preach the gospel all over the world.”

While serving as a professor and principle of a major academic institution in India during the 1950’s, Dr. Haqq was asked to be the interpreter for Billy Graham during Dr. Graham’s first crusade in India.  Shortly thereafter, Dr. Graham invited him to join the newly formed Billy Graham Evangelistic Association, and he never looked back.

After moving his family to the United States, Dr. Haqq became a noted evangelist, with an international ministry spanning some 50 years.  He preached the gospel to millions of people world-wide, and saw thousands upon thousands come to saving faith in Jesus Christ.

Despite tragically losing his beloved wife to cancer, His faith in Christ never wavered.  The Lord provided a wonderful new wife (Doris), and he found comfort and companionship during the remaining years of his ministry.  His confidence in the Lord Jesus was absolute, and he spoke of it proudly to all who would hear.

“To believe in Jesus Christ is the easiest thing that a person can do. He never made a mistake, and He never told a lie.  How easy it should be, to trust a person like that.”

Offer Condolence for the family of Dr. Akbar Abdul-Haqq