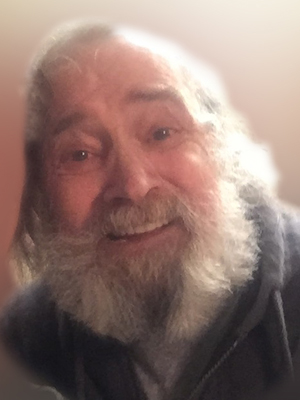 Tom “Skinner” Pauly, longtime resident of Jordan, passed away on Monday, August 17, 2020 at the age of 71. A private family service will be held at Calvary Cemetery with military honors provided by the Jordan Vets Honor Guard.

On March 7, 1949 in Kittery, Maine, parents Sylvester and Virginia (Gray) Pauly celebrated the birth of their son, Thomas Robert Pauly. He was the third of six children. The family lived in numerous places while Sylvester completed his military service. They eventually returned to Sylvester’s hometown of Marystown, Tom grew to love the outdoors. Often, he would fish with his siblings and sell their catch to neighbors. Along with his brother Mike, Tom was sure to find mischief around every corner!

While attending high school in Jordan, Tom made the decision that school didn’t suit him. In his words, he was “over it.” At age 17, with his father’s permission, Tom enlisted in the Marine Corps. He served in Vietnam for which he received many awards, including the Purple Heart, the Combat Action Ribbon, and the Navy Achievement Medal for Valor. Returning to the United States aboard a Navy ship, Tom’s last duty was guarding the Apollo 12 astronauts as they quarantined from their moon expedition.

After his honorable discharge, Tom settled down in Jordan. At least he “settled down” in his own way. There was always an adventure to be had, whether it was foraging for ginseng, morel mushrooms, or driving aluminum cans to Iowa. He even ran for county sheriff, just because he could.

Tom was always outdoors—in the woods or strolling through ditches & parks looking for other’s lost treasures. Tom especially loved ice fishing on Lake Mille Lacs. He even claimed to make the 2-hour drive in 45 minutes! An avid trapper, many racoons met their demise at Tom’s hands, earning him the nickname Skinner. In later years, Tom shared his interests with his many nieces and nephews. He’d often remind them, “everything’s free after dark!”

While Tom was a private person, in later years he revived old relationships. He enjoyed being a uncle, great-uncle, brother, poultry-man, and friend. In the last 12 years, Tom was able to be more present in his family’s lives with the help of Jennie Cole, his private nurse and best friend. Tom affectionately called Jennie “the old nag.”, selflessly and without obligation, Jennie and her husband supported Tom.

After years of declining health, Tom’s body gave out and he was ready to depart this world. Even in his last days, Tom was as sarcastic as ever—demanding back scratches, asking others, “Got my money?” and hassling his caretakers.

A tenacious, stubborn, jokester, Tom will be missed by those that love him. He is survived by his siblings, Dick (Beth) Pauly, Patricia (Lyle) Lambrecht, Mary (Russ Tiegs) Pauly, Susie (Jack) Shuman; best friend & private nurse, Jennie Cole; 14 loved nieces and nephews; 17 adored great-nieces and nephews; other relatives and friends.

Tom is greeted in Heaven by his parents, Sylvester and Virginia Pauly; brother, Mike Pauly, and faithful friend, Ziggy.

Offer Condolence for the family of Thomas Robert “Skinner” Pauly