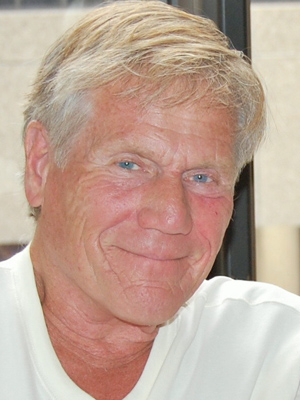 In Minneapolis, MN, Terry David was born to David and Virginia (Lindstrom) Peterson on May 27, 1949. He grew up on the river bluffs of Bloomington, MN. As a young boy, Terry took an interest in horses and fishing. He entered the United States Navy and served his country proudly. While in the service, Terry was a Golden Gloves Champion.

Terry’s career has been focused on auto body repair. He first owned a body shop for several years, in Savage, MN. Terry then took his expertise and became an educator at Century College, Central Lakes College and finally at Hennepin Technical College. Due to health concerns, he retired at the age of 57. Because of Terry’s shop knowledge, he could fix and build anything that was placed in front of him. Terry was a “Jack-of-all-trades.”

In 1970, Terry married Candace Conant and raised three sons, Clint, Troy, and T.J. When he became interested in a passion, Terry committed whole heartedly. In his earlier years, Terry enjoyed flat track motorcycle racing. In his later years, the passion turned towards deer hunting with family and friends. As his health started failing, Terry and Candace parted ways, after 43 years.

There to greet him home is his infant daughter, Lizabeth Jane Peterson; parents, David and Virginia Peterson and sister, Michelle Peterson.

Offer Condolence for the family of Terry Peterson