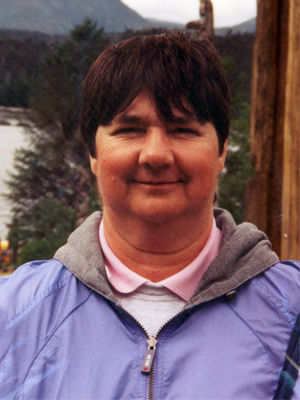 Sharon Sue (Loomis) Stephens passed away on Monday, May 23, 2022 in her home surrounded by family. A Time of Gathering to celebrate Sharon’s life will be held on Saturday, June 11, 2022 from 11:00 AM to 12:00 Noon concluding with prayers and a reception following at Ballard-Sunder Funeral & Cremation (833 S Marschall Rd.) in Shakopee.

Sharon was born on April 10, 1947 in Catawba, Wisconsin to Emery and Florence (Bochler) Loomis. The youngest of six siblings, she grew up on the family farm before attending Philips High School nearby, enjoying many school dances and events. Sharon never wanted to be a farmer or live in a small town, so as soon as she graduated from high school, she moved to the big city. She spent some time in Milwaukee for work before moving to Minnesota in the Spring Lake area with a good friend. Living just across the street from Sharon was a handsome young man named Michael Stephens. Despite getting the wrong person initially in the coin flip of who got to date who on a double date, Sharon and Mike ended up spending more time together and eventually started dating. Sharon moved back to Wisconsin for a brief time, but couldn’t stay away from Mike, and they were united in marriage on July 30, 1966 in St. Mary’s Catholic Church in Shakopee. Mike and Sharon truly embodied the phrase “Opposites Attract” and were inseparable for almost 56 years of marriage.

Together, Mike and Sharon built a beautiful life for themselves starting from nothing. Mike worked to provide for his family while Sharon worked just as hard taking care of Mike, her kids, Jim and Jodi, the neighbors and anyone else she could! Sharon would do anything for her friends and family and demonstrated that time and time again. She went out of her way to care for others as soon as she met them. For many years, Sharon helped her neighbors by providing daycare for the kids. She never drove but loved to walk around Shakopee with her friends with the strollers, attending garage sales, the grocery store, or wherever there was a deal to be had.

As a family, Mike, Sharon, and the kids shared many travels together, touring all over the country to places like New York, Yellowstone, Yosemite, Branson, Alaska, Florida, Graceland, and many more. Lots of memories were made just being together, playing board games and cards. Blind 31 was a favorite every New Year’s Eve Game Night. Sharon also cherished her time up North fishing with her family. After retirement, Mike and Sharon were blessed to be able to spoil their grandchildren, tossing all frugality out the window to buy them candy, gifts, and everything they could think of. Her grandkids brought her new life, and she was able to babysit and spend time with them for many years.

Later in life, Sharon was diagnosed with cancer. Despite many struggles and surgeries, she continued to live a fulfilling life to the end. She took care of Mike for many years, and Mike took care of her. She never had complaints or any regrets.

An amazing wife, mom, and grandma, a listener, an organizer, and always loving, Sharon will be missed dearly by her husband of almost 56 years, Michael; son, Jim (Frances) Stephens and daughter, Jodi (Randy) Engler; grandchildren, Jessica, Christopher, and Ryan; brother, Darryeld (Edna) Loomis; and many other loving nieces, nephews, family and friends.

She is preceded in death by her parents; and siblings, Agnes, Marvin, Robert, and Kenny.

Offer Condolence for the family of Sharon Sue (Loomis) Stephens