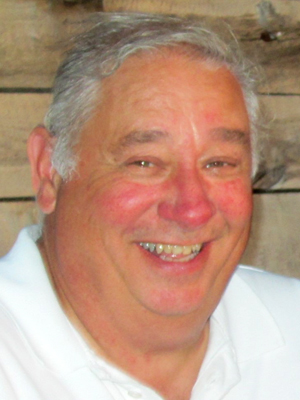 Roger Delbert Zemaitis, of New Prague, passed away unexpectedly on Thursday, July 30, 2020, at the age of 75.  A prayer service and burial ceremony will be held on Wednesday, August 5, 2020, at 11:00 AM at St. Michael’s Catholic Cemetery (5437 160th St. SE) in Prior Lake. Fr. Tom Walker will preside, and Prior Lake VFW Post #6208 will provide military honors. Attendees are asked to wear a mask and practice social distancing.  Following a reception will take place at The Pointe Grill and Bar (16691 South Hwy 13 West) in Prior Lake.

He was the eldest of two sons, born on December 2nd, 1944, to Dalbert and Margaret Zemaitis in Lusk, Wyoming. Both he and his brother, Gregory, were raised in Rochester, New York.

After graduating high school in Rochester, in 1962, he worked at Kodak in Rochester. In February of 1966, he elected to serve his country by enlisting in the United States Airforce. He completed basic training in Biloxi, Mississippi, and was then stationed in Osceola, Wisconsin. In December of 1969, he was honorably discharged as a Sergeant. Following his service, he met Barbara Gornick (Zemaitis) in 1967 on the Osceola Airforce base at the Halloween dance. They married on June 7th, 1969, in West St. Paul and relocated to Burlington, Wisconsin. Their first son, Michael, was born in 1970. In 1972, they moved to Savage, Minnesota, where they continued to grow their family, Susan 1972 (deceased), Michele 1974, Jim 1977, Catherine 1980, and Tim 1985.  He later relocated to Prior Lake and then to New Prague.

While living in Burlington, Roger worked for Wang Laboratories as a repair technician for several years. After relocating to St. Paul, he worked for Leaseametric as a sales engineer and continued his sales profession at Dytec North. He acquired Dytec Instruments in 1986 and managed the firm up until his retirement.  He operated one of the pre imminent electronic test and measurement manufacturer’s representative firms, winning numerous national awards and accolades for sales performance over the years. As a Sales Engineer by trade, he was instrumental in understanding his customers’ requirements and offering up solutions to his customers.  He thoroughly enjoyed working with his customers, many of who became friends with the firms he represented.

Roger knew the importance of balancing his family with his hobbies. They spent many summers camping in Eau Galle, Wisconsin, and Minnesota and road-tripping to Rochester, New York, and Virginia. In 1989, he decided to incorporate his passion for racing and cars with his business and family. In the early 90s, he decided to build a stock car and race at Elko Speedway in Minnesota with his son Jim and close friends. He continued racing into the early 2000s. While racing, Roger and Jim started projects restoring Jim’s first 1965 Chevy Impala, which then turned into more and more restoration projects over the years. For many years, he was also a member of the Prior Lake Snowmobile Association, where he enjoyed many club trips with his friends.

During the process of restoring cars, he could always talk one of his sons, grandchildren, Dominic (24), Areonna (23), Donte (22), Avantaya (17), Araiya (13), Brooke (8) and Lowynn (3), and friends into tagging along on road trips or treasure hunts to find the most “perfek,” cheapest car or part! Roger enjoyed attending local car shows, including Back To The ’50s and several others. He recently joined the Twin Cities Roadsters club and also enjoyed hanging out with the Stillwater car crew.

He enjoyed fishing with buddies and children throughout the years and always needed to know the best spot to catch the biggest fish. He had no problem asking the locals where the best hot spot was.

Roger was a compassionate, loving, hardworking, funny, big-hearted, car-loving, son, father, “pa” and friend, who loved gathering his family and friends to celebrate everything and nothing.

Offer Condolence for the family of Roger D. Zemaitis