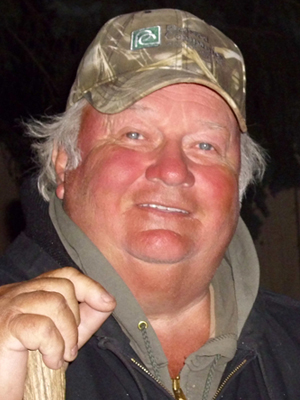 Robert “Bob” Blohm, age 75 of Prior Lake, passed away peacefully while surrounded by his family on Tuesday, July 23, 2019. A visitation will be held from on Thursday, July 25, 2019 from 4:00 – 7:00 PM at Ballard-Sunder Funeral & Cremation (4565 Pleasant St. SE) in Prior Lake. Funeral service is Friday, July 26, 2019 at 11:00 AM with a visitation one-hour prior at St. Paul’s Lutheran Church (5634 Luther Rd. SE) in Prior Lake. Reverend John P. Vaughn will preside, and pallbearers will be Lloyd Schommer, Bruce Hudoba, Darrell Reiman, Ed Will, Jerry Feldten, and LeArnold Klingberg.

On September 15, 1943 in Shakopee, MN, parents Lester and Fern (Borchardt) Blohm celebrated the birth of their son, Robert Lester Blohm. He was the oldest of four children to be raised on the family farm off Mushtown Road. From a young age, Robert had a love of the outdoors—fishing, hunting, and trapping.

A hardworking man, Robert took over the family farm at the age of 18 after his father passed. During this time, Robert also worked at Sears & Roebuck. Later in life, Robert was the facilities manager for 27 years for Oak Grove and Poplar Bridge Schools in Bloomington. When he wasn’t working, Robert enjoyed being with family and watching Bonanza & Gun Smoke.

During a school dance, Robert met Judy Judge—the new girl in Prior Lake. After dancing, Robert asked to drive Judy and her sister home. The answer was no. When he asked Judy on a date, the answer was still no. With some persistence, Robert finally won her over. They were married at Fish Lake Immanuel Lutheran Church on June 15, 1963. They were blessed with two children and 56 years together.

With their 16-foot boat in tow, the family spent countless hours camping and fishing at Lake Winnibigoshish. Eventually, they began going to Lake Mille Lacs. While Robert loved going up north, he felt nothing was better than deer hunting in the Prior Lake area. He enjoyed showing his children where he would trap, hunt, and fish in his own youth.

For Robert, family time meant being outdoors. Together, the family grew a large garden and raised chickens & ducks. While Robert could be a stoic, stubborn man, it was his granddaughter that brought out his softer side. His kindness extended to his furry grandson, Mossey, and his cat, Dusty, as well.

Robert was a member of Pheasants Forever, Traxlers Hunting Preserve, and a devoted member of St. Paul’s Lutheran Church. Robert was a humble, caring man and stubborn until the end. Robert’s family extends their appreciation to MN Hospice and St. Gertrude’s Heath Care Center for the care and compassion given to Robert.

Offer Condolence for the family of Robert “Bob” Blohm