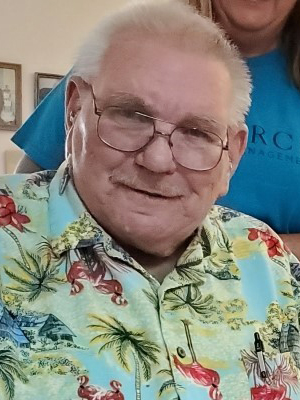 Paul Herbert Lehman Sr., age 79 of New Prague, passed away on September 8, 2020. A visitation will be held Monday, September 14, 2020 from 4-5PM with a Celebration of Life Service at 5PM all at Ballard-Sunder Funeral Home, 833 S. Marschall Rd., Shakopee. Military honors will be provided by the Jordan Veterans Honor Guard. Paul will be laid to rest at Trondhjelm Lutheran Cemetery in Lonsdale.  For those who wish to attend remotely, Paul’s service will be streamed at the following link: Paul Lehman Funeral Service (Meeting ID: 914 1253 6634 / Passcode: 434929).

On November 22, 1940 in Minneapolis, MN, parents Leroy and Vivian (Nyblom) Lehman celebrated the birth of their first child, Paul. He was the oldest of eight children. In Paul’s early years, the family lived in Henderson before moving to International Falls.

Following his high school graduation from International Falls in 1958, Paul enlisted in the United States Army. He always regarded his military service as a time of adventure and mischief!

Upon his honorable discharge, Paul returned to International Falls where he was introduced to Anita Ross, a young woman nannying for Paul’s aunt. Anita was warned beforehand to “not be afraid of her boss’ tall nephew.” The two instantly hit it off! They were married on September 15, 1962 and were blessed with three children. The young couple settled in Lonsdale and spent many years together before parting ways. Paul’s life was later enriched when he met and married Charlotte on February 4, 1989.

Paul was a true family man. He worked diligently to provide for his family. After 35 years with 3M, Paul retired and was able to spend even more time with his children and grandchildren. No matter the activity—camping, water skiing, snowmobiling, or watching wrestling on TV—Paul made sure to fill each moment with laughter. He was a proud father and grandpa. Paul shared his many interests with his family whether it was attending flea markets, car races, or threshing shows. He enjoyed nothing more than being with family, watching Westerns, and tinkering in his garage.

Paul will always be remembered for his signature Hawaiian shirts and his thoughtful, yet fun loving demeanor. Despite his declining health and the isolation of Covid-19, Paul maintained his good spirits. Nothing could stop him from making others laugh, sharing a smile, and making memories.

Offer Condolence for the family of Paul Herbert Lehman Sr.