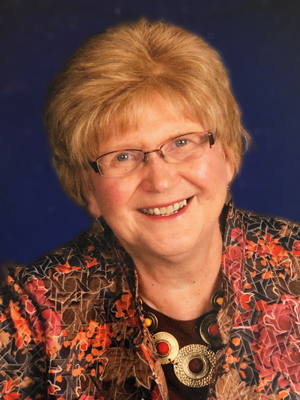 Sally Myster, age 81, of Prior Lake, MN, passed peacefully in the presence of her loving family on Friday, December 11, 2020 at her home.

A Mass of Christian Burial will be held on Thursday, December 17, at 11 am, at St Michael’s Catholic Church, 16400 Duluth Avenue SE,  Prior Lake. Guests may arrive after 10:30 am or join by live streaming, by visiting stmichael-pl.org and clicking on the livestream tab. Masks are required at the church and social distancing will be maintained. Father Tom Walker will preside. Sally will be laid to rest at a private family burial at Fort Snelling National Cemetery in Minneapolis, MN.

Marcella Leone was born on the family farm in Napoleon, North Dakota. Sally was born on June 15, 1939 and was the second of four children to William August and Sybil Ione (Starkey) Draeger. She grew up with brothers Art, Francis, and sister Patty, (who were each other’s lifelong best friends). Sally attended a one room schoolhouse through the fifth grade.  During her high school years, she learned to cook, clean and sew while taking care of her mother and an uncle. Sally’s mother, younger brother and sister eventually moved to Bismarck, ND while she remained living in Napoleon to finish high school.

After graduating high school, Sally moved to Bismarck to pursue her education in nursing. Sally spent nearly 50 years caring for others and was exceptional at her job. Sally was compassionate, caring and a great listener. She gave practical and honest advice and was a pillar of strength to many. Through Sally’s career, she became a mentor to many of her younger colleagues while working at Abbott Northwestern Hospital, Hazleden, Lynnville, and other facilities. Even after retiring, Sally remained active working part-time. She maintained many lifelong friendships from high school, nursing school and beyond. These friends have had many great adventures traveling and staying connected.

Life for Sally was enriched by meeting Robert “Bob” Myster, while on a hayride in college. Their love grew and on August 18, 1962 at St. Mary’s Catholic Church in Bismarck where Sally and Bob exchanged wedding vows. They were blessed with six children: Michael, Steven, Amy, Theresa, Christopher, and Kathryn. Shortly after, Bob took a teaching job and the Myster family moved to Prior Lake, MN. Family was always most important to Sally. She would take nursing positions that would allow her to be the best mother for her children, even if it meant swings shifts or overnights.

Later in life, Sally and Bob loved socializing, traveling around the United States and playing Bridge with their friends. Sally and Bob had a deep faith and were active in the Teams of Our Lady and the Beyond the Yellow Ribbon. She also became involved with St. Michael’s Healing Hearts Grief Group after Bob’s death. At the end of day, family remained the center of Sally’s heart. She loved being a grandma and would always be there for births, school activities and remained active in her grandchildren’s’ lives. Sally was the rock of the family. She was an amazing caregiver, a great listener, and had a quick wit and playful sense of humor.

Offer Condolence for the family of Marcella “Sally” Myster