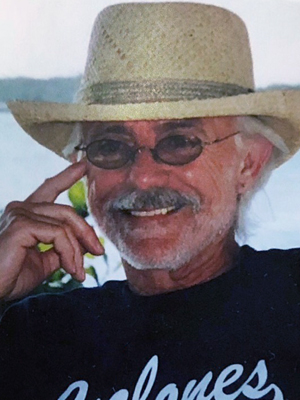 Louis “Gerald” Dentinger, age 77 of Savage, entered eternal life on Sunday, November 11, 2018. A visitation will be held on Sunday, November 18, 2018 from 1-3PM at Ballard-Sunder Funeral Home, 4565 Pleasant St. SE, Prior Lake. Mass of Christian Burial will be Monday, November 19 at 11AM with a visitation 1-hour prior, all at St. John the Baptist Catholic Church, 4625 W 125th St., Savage. Gerald will be laid to rest at Fort Snelling National Cemetery.

On January 24, 1941 in Mankato, MN, Louis Gerald Dentinger was born to parents, Louis George and Phyllis Marie (Olinger). He was the first born of 6 children—Martin, Gordon, Mary, Kathleen and Ann. He remained in Mankato through his school years.

Gerald attended Loyola Catholic School until his senior year in which he graduated from West High School in 1959. After high school, Gerald enlisted in the United States Naval Training Center in San Diego, California and was a machinist mate. He graduated from the center on January 22, 1960 and was placed on the USS Kepler which was stationed out in Brooklyn, New York.

Brooklyn New York is where he met Catherine Pisano. Gerald and Catherine married on January 5, 1963 at St. Michaels Catholic Church in Brooklyn. On July 5, 1964 they welcomed their first child Jacqueline (Drummer). Shortly thereafter, Gerald convinced Catherine that Minnesota was where they should settle and is where they welcomed Joseph (1966) Elizabeth (1967) and Christine (Wacholz)1969.

Gerald continued his machinist experience by starting a career with Schwickerts Tecta America and was employed there for 23 years. With that know-how, he built the family home on the outskirts of Mankato along with the family cabin outside of Grand Marais, Minnesota.

He enjoyed camping and canoeing trips with the family, taking on art projects and running full marathons in his spare time. In 1991 he and Catherine moved to Duluth, MN for a new adventure. He continued his sheet metal career with Jamar Company and retired from there in 2003. Gerald was devoted to his faith as a lecture and religious education teacher at St. Joseph The Worker Catholic Church in Mankato and often volunteered at St. Vincent De Paul Thrift Store during his retirement years.

Gerald joins his son, Joseph, in Heaven along with his parents, two sisters, Mary and Kathleen, and many relatives and friends.

Offer Condolence for the family of Louis “Gerald” Dentinger