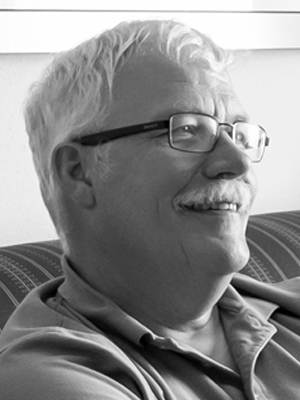 Larry Vernon Olson was born October 4, 1956 in Ada, MN to Lloyd and Lorraine (Billing) Olson. He graduated from Fertile-Beltrami High School in 1974 and went on to join the Navy. He served three years on the submarine USS Tinosa at the rank of Petty Officer. He worked as an armory officer and scuba diver. Upon leaving the Navy, he attended two years of technical training at the Thief River Falls AVTI where he earned an Electronics Technician certification.  This training led to a range of jobs in varied industries, from healthcare to agriculture.

Larry united in holy matrimony to Linda (Cerkowniak) Olson on August 8, 1981 and were blessed with three children and three grandchildren.

Larry was a witty, happy individual, always quick with a joke or silly comment. He loved his grandchildren and spent as much time with them as he was able. He was always very active, spending his time hunting, fishing, flying model airplanes and helicopters, and camping. He was also very involved in the community, serving as a volunteer firefighter and spending many years as an EMT with the West Traill Ambulance Service. He was very musical, playing guitar and trumpet, and he loved to sing. He enjoyed leading choruses at church and singing in a men’s quartet.

In October 2008, Larry had a cardiac episode that drastically changed the course of his life, and the life of his family. This event led to years of medical procedures, hospital stays, and culminated with a heart transplant in 2016. This gift gave him four more years with his family before passing away peacefully on October 9, 2020.

Larry was preceded in death by his parents, Lloyd and Lorraine (Billing) Olson of Fertile, MN and his heart donor, Kaizer Dauphinais of Eagle Butte, SD. He is survived by his wife (Linda (Cerkowniak) Olson), three children; Joshua (Stephanie & Alexander), Samuel (Jessica, Elizabeth, & Nora), and Taylor Olson (Jillian Walechka), his sister Lori (Carsten) Hovland, and a host of devoted nieces, nephews, and friends. He will be greatly missed and his family looks forward to seeing him again someday in heaven.

Offer Condolence for the family of Larry V. Olson