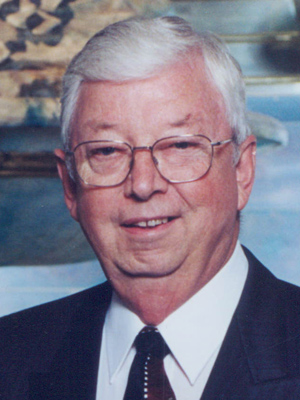 Ken Lundgren, of Shakopee, passed away peacefully in his home surrounded by his family on May 25, 2021 at the age of 87.

A Celebration of Life Service was held on Saturday, May 29, 2021 at 12:00 Noon with visitation from 10:30 AM – 12:00 Noon at Ballard-Sunder Funeral & Cremation (833 S. Marschall Road) in Shakopee. Pastor David Olson and Ken’s granddaughter, Pastor Sarah Stein, presided. Ken’s grandchildren were pallbearers, and he was be laid to rest at St. Michael’s Catholic Cemetery in Prior Lake. A luncheon followed at the Prior Lake VFW. Masks are required for anyone who isn’t fully vaccinated. Family and friends can watch a recording of the service at the following link: Ken Lundgren Funeral Service.

On April 12, 1934, Kennard Lavon Lundgren was born to parents Harry & Ruth (Eystad) Lundgren. He was the third of seven children. Ken loved growing up on the family farm in Randall. Over the years he helped with all kinds of chores like milking cows and working the harvest. On the farm, Ken developed a strong work ethic that served him well his entire life.

After Ken graduated from Little Falls High School, he and his buddies moved to South Dakota to work the wheat fields for a season. Around this time, he met the love of his life at a local church event; her name was Dorothy Kujawa. Although their farms were only about 5 miles apart, they had never met because they attended different schools and churches. Dorothy’s family was protective at first, but Ken eventually proved himself. After many dates going to movies and local dances, the two fell in love. They were married August 21, 1954 at Sacred Heart Catholic Church in Flensburg.

Their marriage was blessed with five wonderful children. They spent ten years in Bloomington before settling in Prior Lake. Together the Lundgrens enjoyed taking family vacations. The summer always began with a family road trip, and they never missed their annual trip to Ray’s Resort. But even when they were at home, Ken valued every moment spent with his family. He always wanted to hear about the kids’ days when they sat around the table for family dinner.

Ken worked hard to provide a good life for his family. He spent his entire career at Thermo King and was with the company for 40+ years. Ken started out as a clerk, but was promoted to a traffic manager after he went back to school at the U of M. Next he worked on the training bus and would go all over the country training new employees. Ken eventually became a District Sales Manager and held this position until he retired. He was a loyal employee and made many wonderful friends over the years.

After retiring, Ken and Dorothy moved to Shakopee and spent the next 24 years together there. In retirement Ken enjoyed hunting, fishing and traveling. He and Dorothy took many memorable trips with a few favorites being an Alaskan Cruise and a trip to Poland. Ken also loved his weekly trips to Menards. He became very friendly with all the employees and even received a birthday card from them each year. Ken loved cutting coupons and getting a good deal. He was also a true salesman and had a knack for running garage sales. Even in retirement, Ken stayed busy. He served as treasurer of Living Water Church and Pine Wood Estates for many years. He was an election judge and longtime member of the Jaycee’s. No matter what Ken did, he always did it well and took pride in his work.

Although Ken had many hobbies and interests, the most important things in his life were his family and his faith. Ken loved being with his kids, grandkids and great-grandkids. Nothing brought him more joy than when the whole crew would get together. Ken taught his family to respect themselves and others. He showed them what it meant to be a good friend and the importance of family. Ken also taught them to take pride in everything they do and that there is no substitute for hard work. Ken was always an honest, dependable and practical man.

Offer Condolence for the family of Ken Lundgren