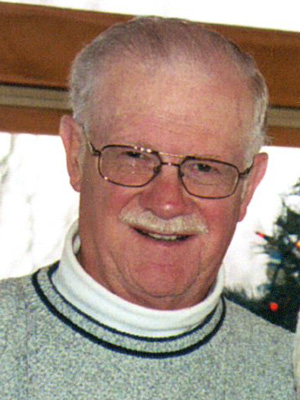 John “Jack” Schmitz, age 81, passed away peacefully on Sunday, December 9, 2018, at his home in Prior Lake, MN, circled by family.

A time of gathering will be on Thursday, December 13, from 4-7 pm, at Ballard-Sunder Funeral and Cremation, 4565 Pleasant Street SE, Prior Lake and one hour prior to the Mass of Christian Burial on Friday, December 14 at 11 am, at St. Michael Catholic Church, 16311 Duluth Avenue SE, Prior Lake. Father Tom Walker will preside, with grandchildren as urn bearers. Interment at St. Michael Cemetery. Memorials are preferred and will be distributed in Jack’s memory by the family.

In New Market, MN, Jack was born on April 12, 1937, to Ewald and Mathilda “Tillie” (Schoenecker) Schmitz. The second of four children, he and siblings, Ron, Gene and Mary Jo were always busy doing some sort of activity. A lot of time was spent watching his dad coach the New Market Baseball Team. This favorite American pastime followed Jack throughout his life. In 1953, his world greatly changed losing his dad. Jack persevered and graduated from New Prague High School in 1955.  He served his country in the United States Air Force Reserves and was called to active duty during the Cuban Missile Crisis.

Most of Jack’s career was spent as a shipping manager, first with John Deere Company and then with International Harvester, which eventually became Case IH.  He retired at the age of 55. Jack then took employment at Intercim (a computer company) managing their logistics, until officially retiring in the early 2000’s.

Jack’s greatest chapter in life was being a husband, dad and grandpa. He married his high school sweetheart Lucy Mracek on June 20, 1959 at Immaculate Conception Catholic Church, in Lonsdale, MN. Settling their roots in Prior Lake, Jack and Lucy were blessed with children Dan, Marty, Gary and Jean. He passed on his love for the outdoors to them. They spent many nights sleeping under the stars in a tent, with the fondest memories traveling out west. In Jack’s earlier days, he enjoyed playing baseball, softball and participating in bowling leagues.

As the children grew and grandchildren were welcomed into the family, Jack experienced the greatest years. Many family adventures were had floating on the pontoon on Prior Lake and taking the grandchildren on adventures. Jack enjoyed the annual Fourth of July cabin trips to Wisconsin, with a traditional game of bingo with the grandchildren played every year. As the years went on, Jack and Lucy relished traveling to Europe, Mexico, Hawaii, Alaska and the Bahamas to name a few destinations. They spent their later years wintering in Gulf Shores, AL, perfecting their game of golf. Jack enjoyed fishing, especially the trips to Canada, in hopes of that perfect catch.

Jack was a true “Jack of all trades and Mr. Fix It!” He could fix anything and was always working on a project. Jack loved making photo cards and working side by side in the garden with Lucy. He also enjoyed collecting toy tractors. Jack was an active member of St. Michael’s Catholic Church.

Jack is preceded in death by his parents; brothers, Ron Schmitz and Gene Schmitz.

A special thank you is extended to the Park Nicollet Hospice Team for their care and compassion during Jack’s illness. Your support and love is greatly appreciated.

Ballard-Sunder Funeral and Cremation proudly served and cared for the Schmitz family. www.ballardsunderfuneral.com

Offer Condolence for the family of John “Jack” Schmitz