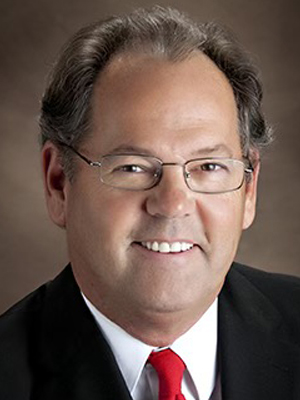 Dean Donald Bachelor, age 72 of Prior Lake, passed away peacefully on September 21, 2021. He was surrounded by wife, sons, and daughter.

Funeral Service will be held at 4:00 PM on Saturday, September 25, 2021 at Faith Covenant Church, 12921 Nicollet Ave, Burnsville with Pastor John Foley presiding. Visitation will be held from 2:30 – 4:00 PM prior to services. Private interment at Spring Lake Cemetery, Prior Lake.

On May 29, 1949, Dean was born to parents Donald and Dolores, a few minutes prior to his twin sister, Donna. Dean and Donna, along with sisters Marcia and Barb, grew up on their family dairyfarm in Stockbridge, Michigan.

Dean grew up learning in a one-room schoolhouse through fifth grade, balancing school and responsibilities on the farm, which still stands today with a sign that reads “Bachelor Farm EST 1955”. One time he got kicked by a cow and got a black eye that he was not happy about at all! He spent his teen years working on his car in the workshop and driving the Allis-Chalmers tractors. After high school, Dean was drafted for the Vietnam war and was in line to get a buzz cut when he heard a sergeant call his name. As the only son of an ill dairy farmer, he was able to receive a farm deferment so he went back to the farm.

In 1966, while picking up his sister, Donna, from a local convenience store, this young man spotted a girl in town buying a soda. A mutual friend introduced them that day, he caught her eye with his brand new ‘57 Chevy. Soon after, they were dating and on December 13, 1969, Dean and Kathy were married. They married at Berean Baptist Church in Detroit, Michigan.

Dean and Kathy started their married life on the farm and two years later moved to Lansing, where Dean worked for a publishing company. They welcomed their firstborn son, Shannon, in 1970. They moved to Williamston shortly thereafter and son, Bryce, also joined them. Dean was then recruited by Personal Dynamics to lead training in ‘Adventures in Attitudes’, which led them to Prior Lake, Minnesota in 1975.

Dean and Kathy initially raised their kids in a family neighborhood on a small lake where the kids had many adventures. Along came only daughter and youngest son, Heather and Trent. Dean worked hard to provide a good life for his family. He spent his time building a homemade raft for the kids, a boulder wall for a volleyball pit, a deck off the back of the house, and finding ways to get the weeds out of the lake so his kids could waterski.

In the early 80’s, Dean began Advanced Learning, which grew into Business Consultants, which grew into Platinum Group. Dean founded Platinum Group almost 40 years ago to serve businesses in need of turnaround. The firm grew, expanded, and today consists of 20 professionals helping business leaders facing a wide variety of challenges. Together, the firm has served hundreds of companies, while creating and saving jobs for thousands in Minnesota and around the world.

In 1991, Dean and Kathy and the kids moved to their quiet bay on Prior Lake. This gave the opportunity for many boat rides, early morning waterskiing, and a home for people to gather. Dean brought his love of boating from Michigan and the family always had a boat on lakes or rivers in Minnesota. Summers were beautiful, and it was with some friends and community from church they were also able to escape the cold winters and head down to Treasure Cay, Bahamas.

For 25 years, Treasure Cay became a second home. The family enjoyed boating to the out-islands for grouper and conch fritters, diving, snorkeling, and being in the water. Dad especially loved dipping his head under the salt water to clear his sinuses! He always gave a loud “Hoooah!” whenever his boat really got going!

One of Dean’s greatest joys was his 12 grandchildren. He loved them each well: long phonecalls discussing anything from theology to politics, one-on-one dates to Caribou Coffee, attending their events, playing the piano with them or harmonica for them, or just sitting the little ones on his lap. “Grandpa B” will always be remembered for his long, drawn-out stories and his very long “B-b-b-Bible joke!”

Dean was known as a family man of strong faith, values, and character. He loved music, his boats and motorcycle, the American flag, and bald eagles. He played the piano, harmonica, and recently was learning to play the cello. He is respected by many in the community and loved dearly by his family and friends.

Our Lord gently received Dean to be with Him on Tuesday night, September 21. Dean passed away peacefully alongside Kathy and his children. As he passed, he was surrounded by prayers and worship music. We are comforted to know he was greeted in Heaven and is at home with his Lord.

Dean was greeted in Heaven by his parents, Donald and Dolores Bachelor; and brother in law, Tom Sloan.

In lieu of flowers, memorials will be donated to non-profit organizations in Dean’s name.

Offer Condolence for the family of Dean Bachelor