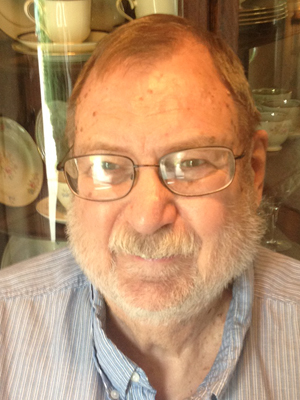 David Thompson, of Cottage Grove, passed away at the age of 82 on July 6, 2016. A Celebration of Life Service will be held on Wednesday, July 13, 2016 at 11:00 AM with visitation from 9:30-11:00 AM at Crossroads Church in Woodbury. Jean Breeggemann will preside, and pallbearers will be Mark Laurel, Eric Thompson, Jeff Swanson, Chris Nelson, David Thompson and Greg Laurel. David will be laid to rest at Fort Snelling National Cemetery. In lieu of flowers, memorials are preferred and will be distributed by David’s family.

On November 29, 1933, Elmer and Arvilla (Nelson) Thompson celebrated the birth of their son, David Lee Thompson. He was the eldest of two boys, and he grew up in Sauk Centre with his brother Paul. David had fond memories of spending every summer with his brother Paul and cousins, John and James, helping their grandparents on the farm in Canby, Minnesota.

As a boy, David was always reading and developed a passion for knowledge. He was very proud to be the Valedictorian and Class President for his graduating class, and All Conference in Football. After high school, David enrolled at Luther College. David did not graduate from Luther College, but he did attend a Gospel meeting there led by Oscar Hanson that had a profound impact on his life.

David left school and volunteered for the armed services. He proudly served his country during the Korean Conflict. After being honorably discharged in 1955, David attended the University of Minnesota on the GI Bill. He earned his bachelor’s degree in law and completed graduate work in management.

During his time at the U of M, David enjoyed playing cards with friends. One night they were down a player, so a nice young woman from Macalester College filled in. Joan and David hit it off and they were soon married and began a family. They were blessed with four children, Karen, Mark, Eric and Mary.

David worked hard to support his family. His work eventually brought the Thompsons to Washington D.C. in 1963. David liked telling people that he “worked for Kennedy.” David spent five years with the Department of Labor where he developed a formula for funding that impacted the Federal Program, Aid to Families with Dependent Children (AFDC). David also helped design the Work Incentive Program (WIN). This program provided a mix of services, including job training, education, and structured job search for public assistance recipients.

In the late 60’s the Thompsons moved back to Minnesota and settled in Burnsville. When the kids were young, David loved taking them to his parents’ resort on Lake Heffron in Longville, Minnesota. They had many wonderful times there. They also enjoyed playing cards as a family and spending Sunday afternoons watching Vikings football. Eventually, David and Joan went their separate ways.

David liked to garden, play cards, and was an avid reader. David was also a “collector” of many things. David had many interests, but his faith became the most important thing in his life. David was self-educated in theology. However, he had objections about institutional religion. When he found the Brethren movement, he found his faith family. He experienced an outpouring of support, love and prayer from his brothers and sisters in Christ.

After a long battle with cancer, David went home to the Lord the morning of July 6, 2016. David was a sinner saved by grace. He will be missed and remembered always by his children, Karen (Chris Nelson) Kinkel, Mark Laurel, Eric Thompson, Mary (Jeff) Swanson; grandchildren, Nikolas, Monika, Madeline, Anne and Greg; great-grandchild, Henry; nieces and nephew, Danielle, David and Dana; other loving relatives, dear friends and brothers & sisters in Christ. David was greeted in Heaven by his parents and his brother, Paul Thompson.

Offer Condolence for the family of David Thompson