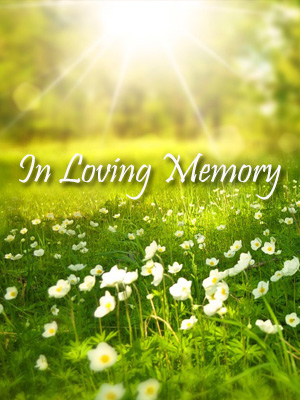 David K. Mikkelson, of Prior Lake, passed away May 3, 2019 at the age of 82. A Celebration of Life Service will be held Wednesday, May 8, 2019 at 2:00 PM with visitation 1-hour prior at Ballard-Sunder Funeral & Cremation (4565 Pleasant St. SE) in Prior Lake. Pastor Troy Roemer will preside, and Dave’s grandsons will act as pallbearers: David Mikkelson, Bobby Mikkelson, Justin Mikkelson, Brandon Mikkelson, Nathan Roemer, Phillip Roemer, Tim Roemer, Blake Dorweiler, and Luke Dorweiler. Dave will be laid to rest at Spring Lake Cemetery in Prior Lake.

On November 24, 1936, David Kenneth Mikkelson was born to parents, Erling & Elvera (Newberg) Mikkelson. David was the middle of three boys, and he loved growing up in Bloomington with his brothers Dick & Dirk. As a boy, David developed a lifelong love of horses. He spent countless hours riding and caring for the horse his parents bought him.

After graduating from Bloomington High School, Dave pursued his bachelor’s degree. He attended several schools before graduating from Northwestern College (University of Northwestern) where he majored in Speech. While in college, David excelled at football.

While in college, Dave began exchanging letters with a young lady named Janet Anderson. They met at church and a strong friendship eventually blossomed into a lifelong journey together. Shortly after Janet graduated from college, they exchanged wedding vows on June 13, 1958.

As newlyweds, they lived in Bloomington. David’s father helped build a house for them, and David did all the brick work on the house. Soon they moved to Prior Lake to raise their children. They settled on a hobby farm for a few years before moving closer to the lake. As a family, they enjoyed being out in nature. Dave loved caring for their animals and land. He passed this love onto all his children. The kids helped care for the family’s chickens, dogs, cats, pet cow, many horses and a peacock.

Dave worked hard to provide a good life for his family. He had an exceptional work ethic and usually worked two jobs to support his family. David was a gifted bricklayer and was meticulous with his work. After Dave’s career in bricklaying, he continued to share his talents with his family, building fireplaces and other brick projects. He also worked 20 years as a custodian for the Prior Lake School District before retiring.

All of Dave’s hard work paid off. He was able to save up enough money to buy a 15-acre piece of land on Clear Lake in Le Center. Dave loved spending his retirement outdoors. He was happiest while working and riding his tractor out on his land enjoying nature. Dave also enjoyed spending time with his family in retirement. He always wanted updates on his grandkids. He was so proud of his family.

Dave faced a number of hard times and challenges throughout his life, but he had a strong Christian wife, and together they walked life’s journey. Dave loved Janet with his whole heart. Every morning he’d greet her with, “Good Morning, Mrs. Sweetheart!” Dave was a man of few words, but in his own way, he expressed his deep love for his family.

Offer Condolence for the family of David K. Mikkelson