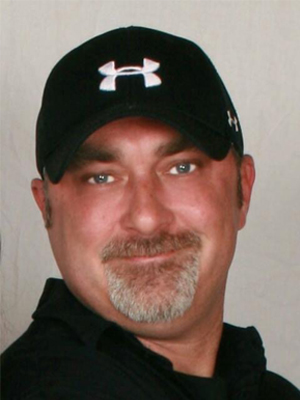 Danny Tarry Dye was born on February 7, 1969, in Omaha, NE, to parents, Alvin “Butch” and Leanne (Hornbeck) Dye. He first grew up in Omaha, along with his younger brother, Jerry. Around the age of 9, Dan moved to Burnsville, MN, with his mother and her husband Donald Irwin. As a young man, Dan enjoyed playing high school hockey and he graduated from Apple Valley High School in 1987.

In 1989, while paying for gas in his car, Dan was captivated by the young cashier, behind the counter. Her name was Heidi Trangsrud. They eventually started dating and on September 10, 1994, at a backyard wedding, Dan and Heidi were married. They were blessed with four sons, Justin, Josh, Cody and Tyler. The family settled their roots in Rosemount from 1996-2004, before moving to Belle Plaine, MN. It was here, Dan and his family had room to roam and play with their motorized toys on five acres. Dan also enjoyed fishing and hanging out in the shop restoring cars.

Dan was an amazing entrepreneur. He had the knowledge, business sense and gift to take an idea or business and build it to perfection. He was always starting different companies. From 1991-2013, Dan owned and operated American Remodeling Contractors. His company did everything and well!

Dan was also a professional drag racer. He founded ‘Insanity Racing’. Dan was so proud of his 1971 440 Six Pack Cuda`. The car may have not been the fastest, but it was an extremely rare car. Between Dan’s charismatic personality and type of car, Insanity Racing had a strong following of devoted fans. From 1999 to 2006, Dan and his family were able to travel all over the United States and Alaska racing, attending Mopar Madness and appearing in promotional events.

In 2013, Dan and Heidi parted ways. He struggled with some demons that took over his life. But in 2019, Dan was committed to changing his life around. He fought and fought hard to remain on the straighten arrow. Over the last half a year, Dan has enjoyed reconnecting with his family. He especially has enjoyed meeting his granddaughter, Lily (aka Bat Man), while she named him Iron Man.

Dan is preceded in death by his mother, Leanne Irwin and grandparents.

Offer Condolence for the family of Dan Dye