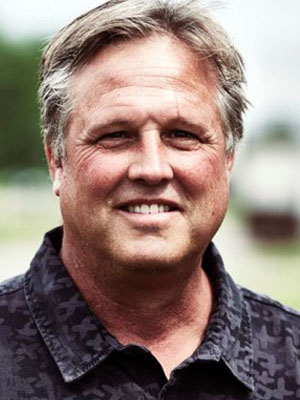 Christopher Alan Dahl, 53, of Prior Lake, passed away unexpectedly on Tuesday, November 22.

A Celebration of Life will be held on Monday, December 5th starting at 11am at Shepherd of the Lake Lutheran Church in Prior Lake (3611 North Berens Road NW). Prior to the service, a Visitation will take place from 9:30-11am. Following the service, Chris will be laid to rest at St. Michael Catholic Cemetery in Prior Lake.

Family and Friends who can’t attend in-person are invited to stream the service via YouTube at the following link:

There will be a celebration of Chris’s life for all his friends at Brackett’s Crossing in Lakeville, MN immediately following the church service and throughout the afternoon.

If you were to ask Chris to list his greatest accomplishments, at the very top would be Chris’s life journey with Taryn, the love of his life, together with their children, PJ and Briarleigh, and his little sister and best friend, Jenny, who he cherished from the minute she was born. More than anything, his family was his first love.

When it came to his family, Chris was all-in. Every spare minute would find him at his children’s games, cheering them on and supporting their efforts. He was always first in the car to take them to practice, training sessions and out-of-state competitions. Chris never missed a game, and you could often find him on the sidelines filming all the action.

It was his infectious enthusiasm that gave Chris his special ability to bring people closer together. During COVID, when spectators were not allowed to attend their children’s sporting events, Chris got permission to live broadcast the games, and did so with running commentary, much to the appreciation of parents and grandparents. Chris knew the players from both sides by name and his color commentary included fun facts, humor, and statistics. His broadcasts became so popular that his viewership started growing beyond the boundaries of the Twin Cities to reach family members scattered across the U.S.

From his first steps, Chris had two speeds, fast forward and faster forward. His youth was spent competing in baseball, swimming and football, riding his pony, and camping and hiking in the mountains, where he slept among the grizzlies.

As Chris grew, he displayed boundless energy and enthusiasm. Chris never stopped. He always created many paths forward. If one did not work, he tried another.

After graduation from Northfield High School, Chris attended Pepperdine University. While at Pepperdine he decided he wanted to play college hockey, even though he had never competitively played the sport. Whenever he was home on break, he would practice with the high school team. Eventually he made the Pepperdine team. That year they won their division and played in the LA King Dome!

Upon graduation, Chris took an active role in the food industry where he developed new concepts for customer experiences. There, he was responsible for the development and implementation of the modern walk-in beer cooler and refrigerator cases. He also helped to develop Eatzi’s, a new European-style eatery concept that was featured on the cover of an industry trade magazine.

In 2000, Chris was offered a teaching position in marketing at Pepperdine University. Instead, he chose to go to work for Trystar, a small start-up manufacturing company. There, Chris’s strategic vision was realized as he began to develop and introduce to the market unique portable power equipment and micro-grid energy systems, eventually becoming an industry leader.

In 2019, Chris started another journey. He enrolled at Carlson School of Management where he excelled in their leadership and entrepreneurial courses. He was also a founding partner in The Points North Group, a family office that manages private equity investments, with a future vision to provide strategic sales, marketing and operations consulting services to other financial investment groups.

The family values that Chris and Taryn have instilled in their two children, Briarleigh and PJ, will undoubtedly live on as a testament to their shared love and commitment.

Arrangements are with Ballard-Sunder Funeral Services, Prior Lake, MN.

Offer Condolence for the family of Christopher Alan Dahl