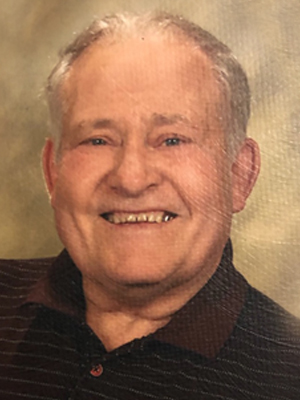 Private Family Services will be held at this time with a Celebration of Life Memorial Gathering for family and friends at a later date.  Mass of Christian Burial will be streamed live from St. John the Baptist Catholic Church on Friday, March 27, 2020 at 11:00 AM (St. John’s Streaming).  Father Neil Bakker will preside, and Chuck’s children will act as pallbearers.  Chuck will be laid to rest at Calvary Cemetery in Jordan.

Charles Lawrence Jandl was born on April 9, 1933 to Walter & Martha (Domeier) Jandl.  Charles was one of eight children and was raised on a farm in Tracy.  As a boy, he learned the importance of hard work, doing chores with his parents and siblings.

After graduating from Tracy High School, Charles was drafted into the United States Armed Forces and proudly served in the Army during the Korean Conflict. Chuck served for four years before being honorably discharged.

When Charles returned from the war, his sister Dee introduced him to Frances (“Fran”) Loke, also from Tracy.  Fran was outgoing – the opposite of Charles’ reserved and shy demeanor.  Chuck and Fran complimented each other nicely, and their love blossomed.  They exchanged wedding vows on August 5, 1961 and were blessed with six children.  In their younger years, Chuck and Fran attended dances at the Gibbon Dance Hall.  They eventually settled on a beautiful piece of land outside of Jordan to raise their family.

As a family, they enjoyed the simple things in life, planting and harvesting the large garden. He taught the importance of being kind, working hard and having strong faith.

By trade, Chuck was a carpenter, and worked many years for Vanman Construction, then went out on his own.  Charles was a hard worker and was always willing to help someone in need.  He would always joke that he was a “jack of all trades… master of none” but he truly was a talented woodworker and skilled carpenter.  His attention to detail and low hourly rate kept customers calling, making him very busy into his early 80s.

When Charles wasn’t working, he enjoyed watching TV and tinkering in his woodshop.  He happily committed his time to St. Johns and The Knights of Columbus over many years.  As his children started families of their own, Chuck filled more of his time being a Grandpa.  Sundays were his favorite day of the week when most of the family gathered for a day of visiting and dinner.

Offer Condolence for the family of Charles “Chuck” Jandl