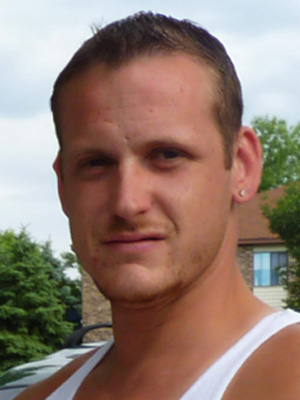 Yuri Anatolievich Gavrilin was born on March 27, 1985 in the city of Sverdlovsck, Russia. After the
fall of the Soviet Union this city in the Ural Mountains returned to it’s previous name of Ekantherinburg.
This city is best known as the location where the Czar and his family were assassinated.  His was a difficult birth
which resulted in an injury to his right arm, but he didn’t let this disability limit him. His birth mother
did not take him from the hospital and Yuri was raised in the Russian orphanage system. He
remembered this time as being very difficult with many unkind and abusive caregivers. After the fall
of the Soviet Union, American adoption agencies began to work in Russia and identified Yuri as a
potential child to be adopted by an American family. We were hoping to adopt a child and were sent a
video of Yuri, receiving it on his sixth birthday. We were impressed at his earnestness and his
thoughtfulness as he was given candy and was concerned that he had enough for everyone in his group.
After we applied to adopt Yuri regulations changed prohibiting the adoption. We assumed it was not
going to happen for Yuri. Then a Russian woman who worked in several orphanages championed Yuri,
called us and did a lot of work to have the adoption progress. On December 3, two and a half years
from when we first saw his video, he stepped off the plane in Minneapolis to be greeted by his excited
parents, brother and many of you here today.

Yuri’s name in America became Yuri Alexander Taylor. We had assumed that being 5 months younger,
and half the size of our son Nicholas, Yuri would be a good younger brother. Little did we know that
Yuri was the leader of his group at the orphanage and soon gave Nick a lot of competition. Yuri always
respected strength and so Nick had that advantage. Yuri started school and began English as a second
language. We attempted to socialize with Russian speaking people to help him keep his ability to
speak Russian, but even six months after his arrival he was loosing his Russian. As an adult I knew
more Russian than Yuri but he was always proud of his Russian origins.

Yuri was always active and struggled with ADD. Or as on one report, Severe ADD. Though he was
very bright this made schooling difficult for him and he always had difficulty reading. The ADD led to
behavior problems and by 7th grade he was in smaller behavioral classes. His behavior resulted in
several out of home placements and treatment. He always did well in these settings and in Freshman
year at a school in St. Francis was one of the top five in a large class. After returning home to the
Bloomington school system he did not do well and was encouraged to work on a GED instead of
schooling. He completed his GED. Recently, while incarcerated, he found out he could take classes to
get a diploma. He was excited by this and worked hard. He was even afraid he might be released
before he completed the course work. His diploma from Montivideo High School was issued on May
6, 2020 with a GPA of 3.311. He was very proud!

Yuri played many sports and was an excellent athlete in spite of the limited function of his right arm.
He played baseball, hockey, basketball and soccer. Soccer was his specialty and he played on a
Bloomington traveling team. Many times playing on the same team as Nick. Yuri was a left forward
and had the most assists on his team. He specialty was to get the ball in position and pass to someone
to score. He was not selfish about the attention the scorer got. Yuri was quick, and when boys came
home full of grass stains and mud, Yuri would not have a stain on him.

In 2005 Yuri met Melissa Kahan and quickly became a couple. Actually they had met when they were
children and both attended an adoption camp. Melissa gave birth to Destiny several month after she
met Yuri and Yuri was very happy helping to care for a baby. Two years later their son Alexzander was
born. Again, Yuri enjoyed caring for a baby. This relationship broke up after about 5 years.

Yuri was always a good problem solver. He developed often surprisingly good skills in mechanics and
technology. His generosity to those in his tribe was always unparalleled. As he became an adult is
became more obvious that he was struggling with increasing mental health issues as well as drug abuse.
This led him to have difficulty maintaining healthy relationships and keeping jobs. He tried to succeed
in staying sober and to control his emotions & ADD. He attending numerous inpatient treatment
programs towards this end. He most recently was on a new medication regime which seemed to be
working well for him. Only one week ago we were hopeful, as we always were, that he would be
successful.

We don’t know why we lost Yuri at this time when it seems all was going well. Yuri was a kind and
helpful and despite his problems a very nice person. He will sadly missed by his family and friends.

Offer Condolence for the family of Yuri Alexander Taylor