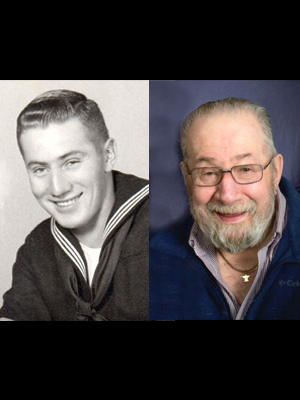 A Mass of Christian Burial will be Tuesday, February 26, at 11 am, with a time of gathering 2-hours prior, at St. John the Baptist Catholic Church, Jordan. Father Neil Bakker will preside, with Bill’s sons acting as urn bearers. Military Honors will be provided by the Jordan Vets and New Prague Honor Guards. A family private burial will be held at Fort Snelling National Cemetery.

On April 18, 1934, William Anthony was born to parents Peter and Rose (Williams) Pass. He was the fourth of eight children born and raised on the family farm in Chaska, MN. Bill attended Guardian Angels Catholic School. As soon as he was eligible, Bill enlisted in the United States Navy where he completed his education. During Bill’s enlistment from 1952-1956, he was aboard the USS WASP carrier, as an Engineer during the Korean War.

Returning to the states, a friend introduced Bill to Agnes “Aggie” McGovern, at the Spring Lake Pavilion. They were married at the Church of St. Mary Catholic Church, Shakopee, on May 17, 1958. Bill and Aggie settled in Chaska, where they welcomed 6 children. In 1981, they moved south of the river to Jordan.

For over 36 years, Bill worked as a line mechanic at Green Giant/Pillsbury. He also created Bill’s Railing Service. He spent countless hours in the workshop welding and doing wrought iron work. In Bill’s free time, he collected toy tractors and restored a 1952 John Deere tractor. Bill took this interest in tractors and was a member of the Scott County Threshers and the Pioneer Power Association. He was also a member of the New Prague America Legion and the VFW.

Bill enjoyed coffee at Country Prime Time with his buddies. An avid Minnesota Vikings fan, he also spent evenings watching western movies. Bill enjoyed the annual family Fourth of July gathering and the companionship of his dogs and Bart the bird.

Offer Condolence for the family of William “Bill” A. Pass