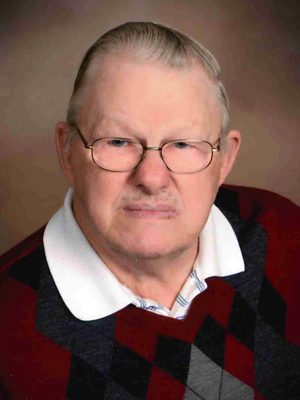 Virgil Anthony Gast, age 81 of Jordan, was a loving husband, father, grandfather and great grandfather. He was called home by our LORD on December 18th, 2021. The family will greet guests on Tuesday, December 28 from 5pm-7pm at Ballard-Sunder Funeral and Cremation in Jordan. A Celebration of Life will take place at a later date.

Virgil was born on February 23rd, 1940, in St. Bonifacius, MN to Celestine “Sam” Gast and Anna (Laumann) Gast. He is the second oldest of seven boys. He graduated from Jordan High School in 1959.

Virgil met the love of his life Agnes Tiede while attending a dance at the Park Ballroom. The couple married on September 2nd, 1961. They enjoyed a 61- year journey together that included raising six children, Lori, Mary, Craig, Dale, Karen and Joel.

Family was always the most important part of his life. When he was not spending time with his precious family, he enjoyed doing anything that included the outdoors. He had a great appreciation for tractors, classic cars, motorcycles, fishing, hunting and collecting guns. He was a Jack-of-all trades, Virgil was a hands-on type of guy who could repair just about anything. His career included Property Management of 25 plus years, bus driver and mechanic.

Preceding him in death and there to welcome Virgil home in Heaven are his loving parents Celestine and Anna Gast and his brothers Art, Edwin and Duane.

Offer Condolence for the family of Virgil “Virg” Gast