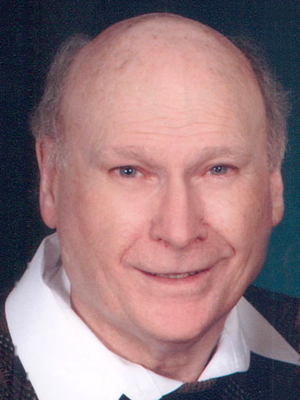 Thomas J. Lannon, age 76, of Prior Lake, MN, passed unexpectedly due to complications during hip surgery, at VA Hospital, in Minneapolis, MN.

A visitation will be held on Monday, May 3, 2021 from 4:00-7:00 PM at Ballard-Sunder Funeral & Cremation, 4565 Pleasant Street SE, Prior Lake and on Tuesday, May 4, 2021 from 10:00-10:45 AM, with a Mass of Christian Burial at 11:00 AM, at St. Michael Catholic Church, 16400 Duluth Avenue SE, Prior Lake. Masks are required. Guests may also join the mass by visiting stmichael-pl.org and click on the live stream tab. Father Tom Walker will preside. Tom will be laid to rest at St. Michael Catholic Cemetery, with military honors provided by the Prior Lake American Legion and V.F.W. Honor Guard.

Thomas James was born on July 31, 1944, in Shakopee, MN, to John and Mary Ellen “Nellie” (Hickey) Lannon. Growing up in Prior Lake, he was the youngest of five sons, John, Robert, Richard, Martin, and Thomas. By the age of 5, he had the misfortunes of experiencing the loss of his father and brother Bobby. The Lannon family came together, persevered, and resulted in the four brothers having a strong lifelong connection. Since there was a bit of an age difference amongst the brothers and the passing of their father, the brothers often had to watch Tom. Their solution was to tie him to the tree as they played ball!

Tom participated in football, basketball, and baseball in high school. After graduating from Prior Lake High School in 1962, he furthered his education at the University of St. Thomas. This was interrupted with Tom enlisting into the United States Marine Corps, serving just over 3 years. Returning from the service, he finished his education at Mankato State University, earning a degree in accounting. He spent the next 25 plus years serving Scott County as a county auditor.

Life was enriched for Tom meeting Mary Wacker at the Dan Patch Days. On January 31, 1981, Tom and Mary united in Holy Matrimony. They settled down in Prior Lake and were blessed with three daughters, Rachael, Erin, and Kimberly. As a family, they enjoyed road trips seeing his brother Jack in Oklahoma, and to the cabin on Big Lake, in Osceola, WI. Tom was active in his daughter’s lives. Tom was very engaged in watching their school and sporting activities. Through the years, this same support was received by many of the Lannon extended family. Tom’s greatest joy was becoming a grandpa and great grandpa. He loved their spirit and energy of life.

A fixture of Prior Lake, Tom was active in the American Legion. He was a post, state, and district commander, along with the positions of treasurer and chaplain. Tom enjoyed polka music and playing cards with family and friends. The passing of Mary on August 17, 2010, crushed Tom. He remained strong for his family. Tom was loving, determined, and nothing slowed him down. If you ever met Tom once, you were a friend forever.

Offer Condolence for the family of Thomas J. Lannon