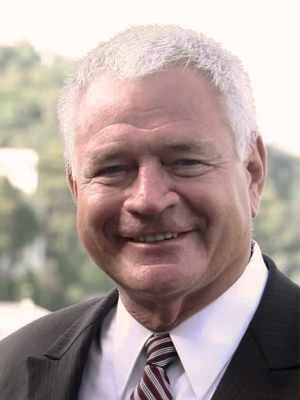 A Mass of Christian Burial will be held on Friday, October 7, at 1 pm, at St. Michael Catholic Church, 16400 Duluth Avenue SE, Prior Lake, with Father Tom Walker presiding. A time of gathering and celebration will follow at The Wilds Golf Club, 3151 Wilds Ridge Ct, Prior Lake, from 2-6pm. A private family interment will be held at Fort Snelling National Cemetery, in Minneapolis, MN.

Tom was born in Delano, MN, and graduated from Delano High School in 1964. He attended St. Cloud State University, where he earned four athletic letters in basketball and one in baseball. In basketball, Tom was co-captain and All-Conference in 1967 and 1968, and he was All-District in 1968. The Huskies’ 25-4 record earned them a birth in the NAIA national tournament in 1968. In baseball, Tom earned All-Conference honors and was a member of the 1969 NAIA National All-Tournament Team, where the Huskies placed third. He was inducted into the St. Cloud State Athletic Hall of Fame in 1992.

Tom also played Minnesota Amateur Baseball for the Delano A’s, the St. Peter Saints, and the Miesville Mudhens. During his 18 seasons in the league, he was a .300 career hitter, a seven-time all-star, and a five-time all-tournament selection. Tom was inducted into the Mudhens Hall of Fame in 2006 and the North Star League Hall of Fame in 2008.

After graduating from SCSU, Tom enlisted in the United States Army and was stationed in El Paso, Texas. He then attended Mankato State University, where he earned his master’s degree in physical education. He went on to teach and coach baseball in Benson, MN and then became the head basketball and assistant baseball coach in Hastings, MN. During his years teaching and coaching, Tom also ran the scoreboard at the Metrodome for Minnesota Twins and Vikings games. In 1985, Tom changed professions and became a sales executive at NOREX in Prior Lake, MN, he then went on to become sales manager and a member of the CEO Team. In 2011 he joined Superior Consulting Services in Burnsville. Tom returned to NOREX in 2017 as the Chief Executive Officer and retired in 2020.

Offer Condolence for the family of Tom Ditty