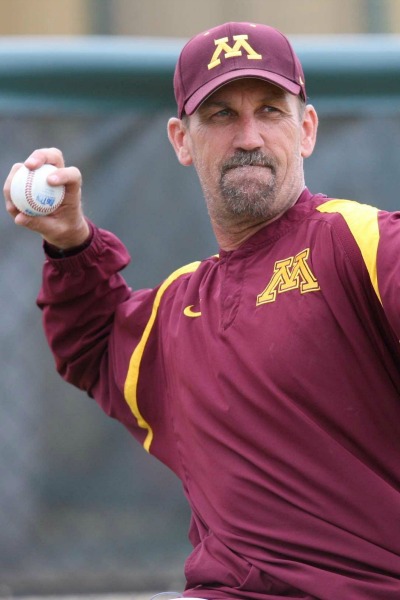 Todd “T.O.” Oakes, of Jordan, passed away peacefully in his home on Thursday, May 26, 2016 at the age of 55.  Todd held his cross in his hands and was surrounded by his family as he went home to be with the Lord.  A gathering of family and friends is Monday, May 30, 2016 from 3:00 – 7:00 PM at Hope Lutheran Church in Jordan.  A Celebration of Life Service is Tuesday, May 31, 2016 at 11:00 AM with visitation from 9:30 – 11:00 AM at Hope Lutheran Church in Jordan.  Pastor Steve Thompson will preside, and Todd’s nephews will act as pallbearers, Brent Sherburne, Nate Sherburne, Gavin Sherburne, Jake Waugh, Daniel Oakes and Matthew Oakes.  In lieu of flowers, memorials are preferred and can be made in Todd’s honor to: LLS; 1711 Broadway Street NE; Minneapolis, MN 55413.

Harold and Virginia (Moen) Oakes celebrated the birth of their son, Todd Michael Oakes, on September 3, 1960.  Todd was the sixth of seven children, and he loved growing up in Spring Grove.  As a teenager, Todd had three main interests: academics, athletics and faith.  Todd excelled in each of these areas.  He was confirmed at Trinity Lutheran Church, and was very active in their youth programs.  Todd was named Salutatorian for his graduating class.  He also was a dedicated athlete.  Todd lettered in football, basketball and baseball, but baseball was always his favorite.  T.O. made the varsity team when he was only a 7th grader.  His love and dedication for the game shaped Todd’s life.

During his senior year of high school, Todd began dating a classmate, Terri Sherburne.  Todd and Terri shared many of the same values, and their love quickly blossomed.  They dated throughout college and exchanged wedding vows at Trinity Lutheran Church in Spring Grove on June 5, 1982.  Todd and Terri were blessed with a happy marriage and three wonderful sons, Tyler, TJ and Tanner.  T.O. passed on his strong values, unwavering faith, love for the outdoors and passion for baseball to each of his boys.

After graduating from high school, Todd received a baseball scholarship to attend Waldorf College in Iowa.  He later transferred to the University of Nebraska where he finished out his collegiate career as a Cornhusker.  Todd earned his Bachelor’s Degree in Education which helped him later as a coach.  After college, Todd was drafted as a pitcher for the San Francisco Giants.  He played in the minor leagues for four years before pursuing his passion for coaching.  Todd spent 12 years coaching for the Giant’s organization.

During the off-season, Todd, Terri and the boys would always head back home to spend time with family in Minnesota.  So when Todd was offered the job of Assistant Coach for the University of Minnesota’s baseball team in 1998, he jumped at the opportunity.  Todd coached many talented players throughout the years, and he cherished the friendships he made.  Todd has a profound impact on his players’ lives both on and off the field.  T.O. led by example and was a wonderful mentor and coach to many.

Todd loved being back in Minnesota with his family.  They settled in Jordan, and the Oakes family quickly became part of the small town community.  Todd helped develop Legion Baseball when his boys were on the team.  He was also an active member at Hope Lutheran Church.  Todd loved spending time outdoors and being amongst nature.  He enjoyed camping trips to Lanesboro with his family.  He taught his boys how to hunt and fish, and they took many memorable hunting trips together over the years.

Todd had many hobbies, but the biggest passions in life were faith, family and friends.  When Todd was diagnosed with leukemia four years ago he needed his faith, family and friends more than ever.  Todd always said “Never Give Up.  Never Give In.” and this was his motto throughout his battle with cancer.  Even during his own struggles, Todd was always thinking of others and following his servant’s heart.  Todd was on the Board of Directors for LLS and raised funds that were used for cancer research.  Todd’s caring bridge entries were so inspirational that he decided to publish a book based on them.  Todd’s courage, patience, determination and humble outlook was an inspiration to all.

There to greet Todd in Heaven are his parents, Harold and Virginia; siblings, Karen Oakes and Russell Oakes; father-in-law, Don Sherburne.

Offer Condolence for the family of Todd “T.O.” Oakes