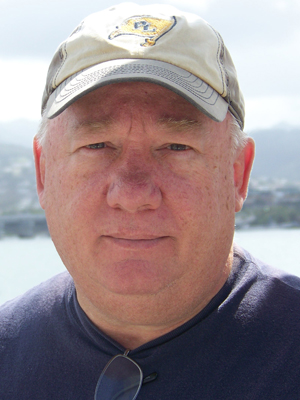 Tim Fredin, age 60 of Savage, was born August 1, 1959 to Vernon and Ramona Fredin. He died Tuesday, August 6, 2019 after suffering a massive stroke at his home in Savage.

A visitation will be held from 4-7PM on Friday, August 9, 2019 at Ballard-Sunder Funeral Home, 4565 Pleasant Street SE, Prior Lake. A funeral service will be held on Saturday, August 10, 2019 at 11AM with a visitation 1-hour prior at Bethlehem Baptist, South Campus, 20700 Kenrick Ave., Lakeville. Pastor Dave Zuleger will preside. Tim will be laid to rest at Spring Lake Cemetery in Prior Lake.

Tim was born in Fridley, MN where he joined two sisters, Jackie and Louise, and later was blessed with a brother, Todd. Their home was destroyed in the horrendous tornadoes of 1965, the year Tim was in first grade. The family relocated to Prior Lake in 1966 in time for his Tim begin second grade. Tim enjoyed roaming the woods alongside their new home. He also loved hunting and fishing with his dad, his brother, his uncles and fishing friends the Curt Olson and James Shubert families.

During high school Tim met Kelli McDowell. They were married on June 30, 1978 at St. Michael Catholic Church in Prior Lake. This union was blessed with three children and 41 years together. Upon graduating from Prior Lake HS in 1977, Tim continued his education at Normandale Community College and Brown Institute.

Tim’s career followed the progression of the information age and he enjoyed learning, developing and implementing new technology in various capacities throughout the years. He enjoyed watching technology mature as he traveled the world and established lasting relationships. Tim visited Australia, Europe, and numerous places in America. He was thrilled to visit his ancestral homeland of Sweden. Wherever he went, Tim explored off the beaten path. His favorite trips were the ones with Kelli, particularly Hawaii.

Tim was a supportive, loving family man. He had a unique relationship with each of his children. He was a proud dad and grandpa who readily shared his passion for football and fishing. The family spent countless hours with relatives at the cabin. In his free time, Tim loved to rehab old computers which he gave away. An avid reader and audio book listener, Tim researched topics of history, theology, and philosophy. He worked through tragic losses, including that of his son, by writing poetry and several essays relating to grief.

Tim’s faith has served as a foundation from which his interests poured out blessings on people in service to his loving Creator. He was baptized at Redeemer Lutheran in Fridley, confirmed at Shepherd of the Lake in Prior Lake, and was an active member at Bethlehem Baptist where he recently became a deacon.

One of his most fulfilling roles has been serving as a facilitator in support of those surviving the suicide of loved ones. He also worked with Kelli in Griefshare and led a bible study for his coworkers.

Offer Condolence for the family of Tim Fredin