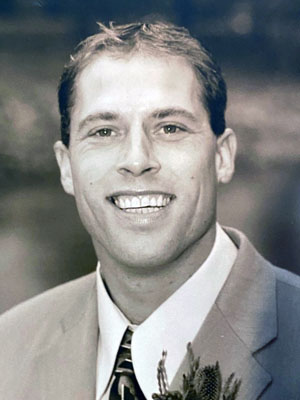 Thomas Francis Mahowald, age 52 of New Prague, formerly of Prior Lake, passed away peacefully at his home on Thursday, December 17th with his faithful furry companions Patch & Tony Bennet at his side. A funeral service to honor Tom will be held in the Springtime and he will be laid to rest at St. Michael Catholic Cemetery.

Proud parents Francis (Dance) & Mary Ann (Klehr) welcomed Tom into the world on November 14, 1968 in New Prague, MN. He was the youngest of the five children they raised in Prior Lake. Tom graduated from Prior Lake High School in 1987 and followed on to Vocational School for Woodworking. Tom had many mentors in his circle and he learned his crafts well. Tom was an accomplished master craftsman in masonry, he was well respected throughout the Twin Cities and surrounding areas. Tom had his parents strong work ethic along with an engaging personality. He cared deeply and took pride in the quality of the work he was doing. It didn’t matter if he was leading a large project or doing a small repair, he treated all jobs with the same attention to detail and doing it his very best.

While Tom took pride in his work, nothing matched his love for his family and friends. He was always ready to lend a helping hand, share a beer & a laugh with a neighbor, or grace a family gathering with his quick wit. Tom was a story teller. His attention to detail and humor brought experiences to life, even those from decades ago. His stories truly became better and more colorful with age! Tom epitomized the saying; “Work hard, play hard”. Tom was a nature lover – he enjoyed the outdoors and all it had to offer. He took countless fishing and hunting trips with family and friends. His most memorable adventure was Elk Hunting with his father and brothers in Colorado.

Tom was an avid Vikings fan (even when they were losing). Tom had many interests but some of his favorites were his Harley-Davidson, spending time with people he cared about (he knew no stranger), caring for his animals, his garden—especially his tomatoes, finding a really good deal on seafood and sharing his kindness. Despite his fun-loving and mischievous tendencies, Tom lived out his catholic faith. He was kind and generous to everyone. He defined himself by his relationships with other people. Tom was a devoted son, brother, uncle, great uncle and friend to many.

Tom is welcomed into Heaven by his parents, Dance and Mary Ann Mahowald.

Online condolences can be left at BallardSunderFuneral.com and cards mailed to Ballard- Sunder Funeral & Cremation, 104 First Street West, Jordan, MN 55352. Memorials will be distributed by Tom’s family to his favorite charities (He had two – they covered children & animals).

Offer Condolence for the family of Thomas Mahowald