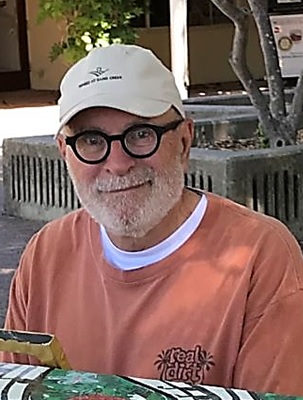 Thomas George Sand was born on June 28, 1946 to Norbert & Lorraine (Reiland) Sand. Tom was the oldest of eight children. He loved growing up in Mazeppa with his siblings and cousins. At an early age, sports became an important part of his life, as he played football, basketball, and baseball. After graduating from Mazeppa High School in 1964, Tom enlisted in the United States Navy. He proudly served on the USS Gurke for three years.

Following his military service, Tom attended Mankato State University where he pursued a degree in education. It was shortly after graduation that he met the love of his life, Sharon Czaplewski. Just two short years after meeting, Tom & Sharon were married on July 27, 1974. They soon learned that when two strong willed people are married, the art of compromise is a vital component. Their marriage was blessed with two wonderful children, Zach and Emily, and the years were filled with happiness and unconditional love. Tom and Sharon created a home filled with love and laughter.

In 1976, they moved to Jordan when Tom was hired as the middle school social studies teacher and football coach. He worked in both of these positions until his retirement. Teaching and coaching were Tom’s true calling, and he became a mentor to many colleagues and students. It was important for him to teach students and athletes how to think for themselves, become good citizens of the world, and share in his pride of the town and high school of Jordan. Tom also worked hard to support the union and helped his fellow teachers know their value and get the respect they deserved. Tom was very involved in JHS athletics. He was the varsity baseball coach for 13 years and is the winningest coach (133 wins) in Jordan history. He also served as assistant football coach for 29 years. Coach Sand was always very passionate about the game and competition, but most importantly, he wanted kids to learn how to play the game right. He believed in the powerful life lessons a person learns from being on a team and competing in a sport.

After retiring in 2005, Tom was able to pursue his hobbies. He enjoyed traveling, attending concerts, taking pictures, grilling, watching the birds, taking walks, and supporting his favorite Minnesota sports’ teams: the Vikings, the Twins, and the Gophers. He loved his family bonding weekends, tee times with his golf buddies, and a Bushmills and a good steak. Tom also has a special bond with each of his grandkids and spent as much time with them as possible. He loved playing with them, taking them on adventures, and attending as many of their activities as possible.

During summers, Tom spent most of his time on the golf course. He was a Golf Ranger at The Ridges at Sand Creek. Tom liked to stay busy in retirement. He subbed in the Shakopee and Jordan school districts and served as chair of Jordan’s Planning Commission. It was important for Tom to support the Jordan community.

Although Tom had many hobbies and interests, family was always the most important thing in his life. The early childhood bonds that he formed with his siblings grew to include their families as well. He was proud of his nieces and nephews. Tom also set a wonderful example for his kids and grandkids. He was known for his quick wit, strong opinions and endless curiosity. He loved talking with people, and he could give it as well as take it. Once a person met Tom, you usually didn’t forget him; and, once you were Tom’s friend, he was loyal to the very end.

After a short but determined battle with cancer, Tom passed away on July 23, 2022. During his illness, Tom and his family received excellent care from the staff at St. Francis Hospital and Cancer Center. His family will be forever grateful for their kindness, care and support.

Offer Condolence for the family of Thomas George Sand