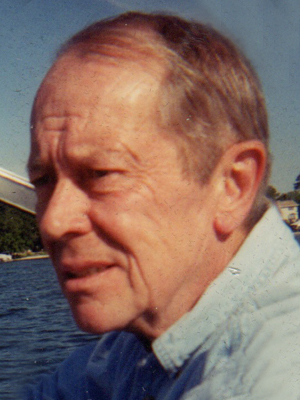 Thomas Allan McGregor, age 81 of Prior Lake, passed away on Monday, December 2, 2019. A funeral will be held on Saturday, December 14, 2019 at 12noon with a gathering of friends and family an hour prior at Ballard-Sunder Funeral Home, 4565 Pleasant St. SE, Prior Lake. Thomas will be laid to rest at Lakewood Cemetery in Minneapolis.

On May 26, 1938 in Minneapolis, MN, parents Harold and Sylvia (Knutson) celebrated the birth of their son, Thomas. He was the youngest of two children. Along with his brother Roger, he enjoyed fishing and having adventures—occasionally finding mischief along the way.

Thomas attended Southwest High School and graduated in 1956. Following this he enlisted in the Army. Later, he began working at Qualitone as a purchasing agent. A hardworking man, Thomas worked until he suffered a heart attack in 2009. In retirement, he enjoyed making his rounds to the local stores in Prior Lake. Thomas knew the employees and loved to socialize with them.

On February 10, 1962, Thomas married his high school sweetheart, Charlotte. They were blessed with 57 years together and three boys. Thomas was a kind, loyal husband and father. He shared his love of the outdoors with family and made many great memories up north at the cabin.

Offer Condolence for the family of Thomas Allan McGregor