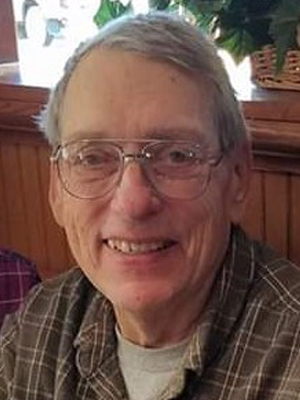 On January 16, 1945, in St. Paul, MN, Teherence Andrew was born to Andrew and Marie (Hanacek) Doyle. The youngest of five children, he grew up for a few years in White Bear Lake, MN. Terry’s dad passed at a very young age and his mother remarried, moving the family to a farm in Prior Lake. He graduated from Prior Lake High School.

After graduation, Terry started working for Toro Company, before serving his country in the United States Navy. After completing 4 years of military service, he continued working at Toro. Wanting a different direction in life, Terry began a career as a police officer. He worked several years for the Edina Police Department, with the remainder of his career for the Shakopee Police Department.

While working for Toro, Terry met Sandra Woodruff. They were married on July 19, 1969, at Nativity of Mary, in Bloomington, MN. Terry and Sandy settled down for almost 2 decades in Bloomington, MN, where they raised their daughter, Kelly. In 1991, they moved to the family farm in Prior Lake. The Doyle family also enjoyed 30 plus years hunting and fishing at the cabin in Hackensack, MN.

Terry loved being outdoors; hunting, fishing, campfire cooking and sitting around the fire pit. He fulfilled a longtime dream, purchasing a small plane and enjoyed several years of flying. Terry loved big boy toys, especially the frontend loader and the backhoe. He was most happy playing in the dirt. Terry also spent countless hours welding things out of metal. He enjoyed telling stories and had an endless supply of jokes.

Offer Condolence for the family of Terry Doyle