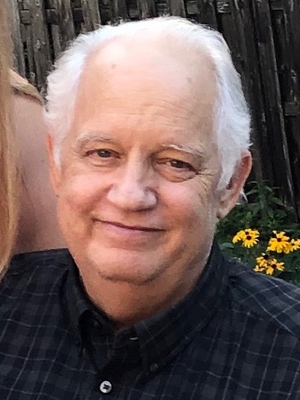 Ted will be laid to rest at Credit River Catholic Cemetery and Father Tom Walker will preside.

Livestreaming will be available at St. Michael Catholic Church’s website https://stmichael-pl.org/ and by clicking on the “Mass and Services” tab.

On August 24, 1957, Theodore Joseph Schweich was born to parents Cyril and Eileen (Suel) Schweich. He was the fourth of their six children. Ted loved growing up in Prior Lake. He attended St. Michael Catholic School and later graduated from Prior Lake High School. From a young age, Ted had an outgoing personality, even serving as class president and captain of the football team.

Following his high school graduation, Ted attended Notre Dame studying Government and Political Science. In the weeks prior to his graduation, Ted’s mother passed away. This was a transformative event in his life as it deeply reinforced Ted’s love for his family. Soon after, Ted returned home to Prior Lake where he continued to work with Schweich Construction.

In 1981, Ted was united in marriage to Laurie. Although Ted and Laurie parted ways, their union blessed Ted with three children. Together, they made countless memories on Prior Lake and spent time together with Ted’s large extended family. Ted as a loving father, doting grandpa, and friend to many.

Despite facing numerous health issues in recent years, Ted enjoyed coordinating construction projects for others, especially his family. He was selfless, devoted, and never hesitated to lend a helping hand. His great personality not only brought others together—he kept them connected! His friendships were deep and long lasting, especially with his friends from Notre Dame.

Offer Condolence for the family of Theodore “Ted” Schweich