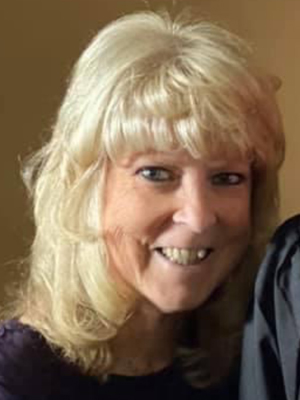 On January 27, 1962, Suzie was born in the Bronx borough of New York City. At a young age, her family moved to Worcester, MA, where Suzie spent her childhood. Being the family’s middle child, she embraced her role as a big sister to Linda and little sister to Stephen. Suzie was lovingly protective of her siblings.

Following her high school graduation in 1980, Suzie continued her education, first earning an associate and later a bachelor’s degree from Becker College in Worcester, MA. Throughout the mid-80s, Suzie also was a reservist in the Coast Guard.

During this time, Suzie discovered love in an unlikely place—a Highland Electronics Store. While working at the store, Suzie was introduced to a coworker, Walter Zuschlag. After mentioning she liked coca cola, Walter made it a habit to stop by Suzie’s office a few times a week with a bottle of coke. On May 2, 1992, Suzie and Walter were united in marriage in Worcester, MA. They were blessed with 29 years together and a loving family.

Suzie was a devoted wife, mother, and “mimi” to her grandson. She shared countless adventures with her family—snowmobiling, motorcycle trips to Sturgis, road trips to national parks, and weekend excursions around Minnesota. In her free time, Suzie enjoyed crocheting blankets, baking, and cooking family dinners. In the past year, she was honored to assist her grandson Jaiden in his distance learning. Suzie was also an active member of the Shakopee community and participated in many town functions.

Despite a diagnosis of Lupus, Suzie met all of life’s challenges with positivity. She was as much a fighter as she was a caregiver.

Suzie is reunited in Heaven with her mother, Catherine Enticknap, and her in-laws, Aniela & Zbigniew Zuschlag.

Offer Condolence for the family of Suzanne “Suzie” Marie Zuschlag