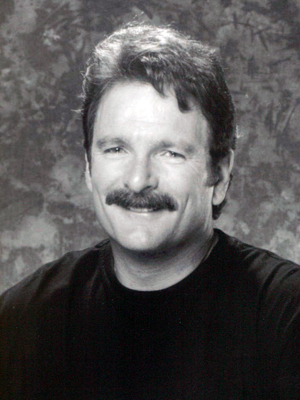 Steve Millar, age 72, of Prior Lake, MN, passed away peacefully on Thursday, September 15, 2022, at the Veterans Hospital, in Minneapolis, MN. He was a beloved husband, dad, papa, brother, and friend.

Steven Kent was born in Nuremberg, Germany, on September 1, 1950, to Walter Kent and Roberta Jean (Kiely) Millar. Being born into a military family, Steve has lived all over the world. The Millar family eventually found their way to MN in the mid 1960’s. Steve attended and graduated from Bloomington, Kennedy High School. After being drafted into the United States Army, Steve served during the Vietnam war, from 1969-1971. Following his service, Steve earned a bachelor’s degree in Political Science, at the University of Minnesota. While Steve considered a career in government affairs, his love of music and performing led him to pursue his life passion of singing.

Steve was a self-taught singer with a natural gift. At the University of Minnesota, he put together a group of musicians and called themselves “Kithara”. They soon entered and won a contest at the Minnesota State Fair in 1973. Steve then auditioned for the 1976 bicentennial group celebrating musical history called “Everybody’s Country”. He toured with that production for the year. Steve started his own group shortly after that which he called Diamondhead. Steve took his passion for music and transformed it into a longtime career as a producer, singer, entertainer, recording artist, contractor, and the list goes on. Steve is a highly acclaimed entertainer and producer. He has given audiences a show of diverse music and humor that kept you dancing the night away. Steve also took his love of music and talent and shared it at St. Michael Catholic Church, as a cantor and as a member of the choir.

Steve’s generosity and committed heart also reached out to the Prior Lake community, where he felt most at home. Steve had a passion for politics and for the less fortunate. Steve served as a counselor for the Prior Lake City Council, from 2006-2011. As an advocate for the city and its residents, he was committed to listening and being open to a variety of possible conclusions. Steve spent countless hours supporting others as a Rotarian with the Prior Lake Rotary. Once again, he took his passion in music and supporting others in need at the annual LakeFront MusicFest. Lastly, he was a proud member of the Prior Lake V.F.W and being surrounded by other veterans and their families.

Steve once quoted, “Prior Lake is my home: I love this place.” It was here, life was the fullest. He married the love of his life Jo Anne, on July 14, 1987, in Laguna Beach, CA. They raised two children, Jennifer, and James, in the community he so loved. Traveling much of his life as a child and with his career, Steve relished being surrounded by his family, at his home. He enjoyed being active in Jennifer and James’ lives and especially as his family grew to include a son-in-law, daughter-in-law, and three grandsons he absolutely adored. Steve has performed on many stages locally, nationally, and internationally, but his favorite gig was the stage set up at home, with his grandsons by his side. His love for family, including siblings also extended to Jo’s family, with having a close relationship with his father-in-law, Tom. And we can’t forget the extension of compassion and love from his four-legged dog friends, Rambo, Buddy, and JJ.

A special thank you to Steve’s doctors and nurses at the Veteran’s Hospital who so deeply cared.

Offer Condolence for the family of Steve Millar