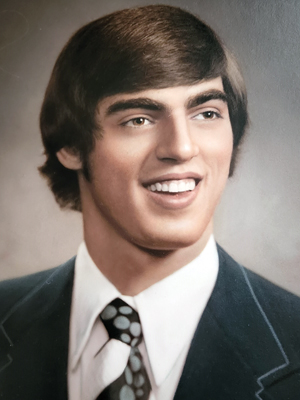 A Mass of Christian Burial will be held at 11 AM Wednesday, July 20th at the Church of the Risen Savior, 1501 County Rd 42 E, Burnsville, with visitation one hour prior. Private interment will take place in Steve’s hometown, Bemidji.

Steve Suman was born in Bemidji, Minnesota on April 29, 1950. After attending St. Phillip’s Catholic School through grade 8, he attended and graduated from Bemidji High School in 1968. He then attended Bemidji State University and graduated in 1972 with a degree in Business Administration. He was hired by General Mills in July 1972 as a tax accountant. After 40 years with General Mills, and achieving a senior position in the tax department, Steve retired on March 31, 2012.

Steve loved sports! He was a loyal Minnesota Twins and Vikings fan. In addition, his love of Corvettes led him to become a NASCAR racing fan as well. He was the proud owner of
3 corvettes- a 1978, 2003 & 2017 model. To Steve, his nieces and nephews were his special family. He loved time spent with them and followed their activities. He was their “Special Uncle Steve”.

He is preceded in death by his parents, Joseph and Ruth Suman; sister-in-law Susan; and brother-in-law Gary.

In lieu of flowers, memorials in Steve’s name can be made to Gillette Children’s Hospital.

Offer Condolence for the family of Steve A. Suman