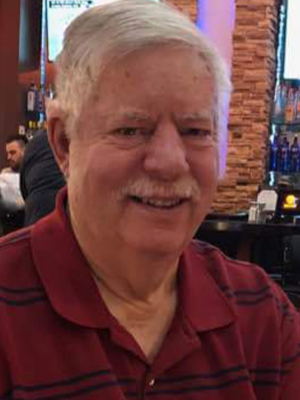 Steve was born on November 8, 1947 to parents Don & Ethel Edquist.  He was the oldest of three children and loved growing up in Minneapolis.  Steve attended Washburn High School.

He later enlisted in the Armed Forces.  He was a proud veteran and served three years in the U.S. Army.  Steve was an SP/5.  He served two tours of duty in Vietnam and was wounded twice.  Steve was in the infantry and then became a combat engineer and involved in aviation.  Steve was the recipient of the Bronze Star, two Purple Hearts, two Air Medals, two Commendation Medals, the Good Conduct Medal, Combat Infantryman Badge, Aircraft Crewman Wings and a Marksman Rifle Medal.  Steve was a true patriot.  After his honorable discharge, Steve continued to serve his country through the volunteer work he did at Fort Snelling National Cemetery

Steve’s time in the military instilled a strong work ethic in him.  He worked full time as a truck driver for over 35 years.  Steve was also able to turn one of his passions in life into a job.  For seven years, Steve worked as a security guard for the American Wrestling Association.  Steve LOVED wrestling!  Throughout his entire life, he followed the sport and never missed a chance to go to the local AWA events.

Another interest of Steve’s was photography.  He took wonderful photos of local fire departments.  Some of his work was even featured in books, magazines, calendars and used in classroom trainings for new firefighters.    Steve also loved photographing nature, and he was very proud of his work.

Steve was a lifelong outdoorsman.  He loved being in nature and passed this love onto his family.  Steve and his son Aaron enjoyed going camping together.  Steve was very close to his son and loved him deeply.  Aaron was such a blessing to Steve, and he was always so proud of Aaron.

It was through Aaron that Steve met the love of his life, Oral.  Steve & Oral were married on January 23, 2009, and they spent many wonderful years together.  Steve also became a dad to Oral’s children, Luke, Heather & Danielle.  He loved his family so deeply and would do anything for them.  Steve especially loved when the grandkids arrived.  He was such a great Papa.  Steve loved taking the grandkids camping, out to hear bands and on a Disney Cruise.

Steve enjoyed computers, camping, swimming, traveling and going to the casinos.  Steve felt he was very lucky in life.  He got to fulfill most of his dreams.  He had a wonderful family, got to be a part of the fire department, worked-out with professional wrestlers and flew Huey helicopters in the Army.  Steve said, “I’ve had a great life!!! Be happy for me.  I’m home now with my loving son, Aaron.”

On March 8, 2019, Steve passed away in the arms of his loving wife.  He will be missed, but never forgotten.  Steve is survived by his wife, Oral Edquist; children, Luke Ludke, Heather Winchester, Danielle Winchester; Grandkids, Jayvonn Hornbrook, Maya Hernandez, Matayah Hernandez, Kynzlie Galatovich; brother, Ron Edquist; other loving relative and friends.  Steve was greeted in Heaven by his son, Aaron Edquist; his parents & sister.

Offer Condolence for the family of Stephen Donald Edquist