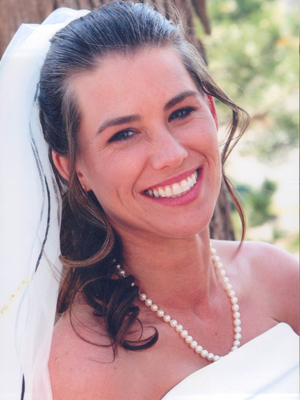 Stephanie “Steph” Bagge, age 47, of Prior Lake, MN, passed with grace into the loving arms of her Lord and Savior Jesus Christ on Saturday, January 8th 2022. Surrounded with family, she left her earthly home peacefully.

Services will be held on January 29, 2022 at 11:00am at Hosanna Church, Shakopee Campus (1690 Vierling Drive East, Shakopee, MN). A visitation will take place one hour prior to the funeral service from 10-11AM.

On June 26th, 1974 in Rhinelander, WI Steph was born to Allan “Butch” and Sally (Alsteen) Malone. She was the youngest of two daughters. Angie was blessed with her shadow that fate filled early morning. Steph was a tomboy in her early years. She loved being outdoors. Her front yard was the meet up spot for all kinds of trouble. She would spend hours outside playing at the lake across the street, riding bike around the neighborhood, getting kids together to play all kinds of sports all hours of the day and into the night. She was not a follower. She was a leader from her early years.

Steph attended Zion Lutheran Elementary School from kindergarten to eighth grade. She then went on to go to Rhinelander High School where she graduated in 1992. While in school Steph was active in everything she could be in. She was part of a group of friends that started a new cheer-leading squad in the 8th grade. She played basketball, volleyball, and continued her trend of causing good trouble.

Steph was born to fly. She knew she wanted to leave the small-town life. She left when she was just 18. Her and her girlfriend moved to Eden Prairie, MN into their first apartment right out of high school. Steph worked different odd jobs and attended classes at Normandale College.
Steph loved to dance and would go dancing often with friends. She was always having a good time.

Steph eventually found her way to the south metro where she began her career at Life Time Fitness and found her passion for working out. One fateful August night Steph and her friend went out to a bar for some down time, and they ran into a man named Jonathan. Steph tried to pawn her friend off on Jon, but she knew they were meant to be together. They spent the night together talking, dancing and hanging out at a party. The next day Jon moved to Georgia. Jon and Steph spent the first year of their relationship on the phone, falling in love through deep conversations about life, goals, and future dreams.

Jon and Steph became a force of nature. They were married on April 17th, 2009. Together along with Steph’s daughters Alexis and Skylar they started their legacy. Steph and Jon were not done having daughters it seemed. Sydney came along 9 months after their honeymoon and August completed their clan 2 and half years later. Yes. That makes 5 girls and Jon.

Steph continued her work with Life Time Fitness. She thrived in her role with the child center where she ultimately managed hundreds of children coming and going with a Steph kind of grace. Her employees loved her because she knew exactly how to be both a manager and their friend. She advocated for them all while being the boss they needed. Steph used her passion for working out and turned it into a career. She became a beach body coach and helped many people become healthy. Ultimately, her favorite career was being a mom. And she rocked at it. Steph and Jon have always had a very strong faith in God and looked at many churches but found a true home at Hosanna. They were active members, taught classes and attended many events there.

In the last few years of her life the whole family got into a local theater group and were part of a couple of theatre productions. This woman could do it all. Steph touched so many lives in her 47 years for many reasons. She lived life to the fullest. She wasn’t afraid to dance, to sing, to give you advice and laugh with a stranger. She was the life of the party even though Jon thought he was. She let him think it. She was the hardest worker in the room no matter what the task or problem was. She could have fun doing anything. She was a devoted wife, fierce mother, and tremendous friend. Steph was full of adventure. Whether that meant spending a day at Valley Fair on the roller coasters or jumping on the back of a horse because Jon talked her into it. Her passion was simply living life to the fullest. She wore her heart on her sleeve and her biggest strength was simply being her. She could listen and empathize with anyone.

Steph was taken too early from Glioblastoma but what she leaves behind will live on forever. She is survived by and forever loved by husband, Jonathan; Children, Alexis, Skylar, Sydney, and August; Parent, Sally Malone and sister, Angie Malone- Rhode; and many other family and friends.

Preceded in death by her father, Butch Malone.

Offer Condolence for the family of Stephanie Bagge