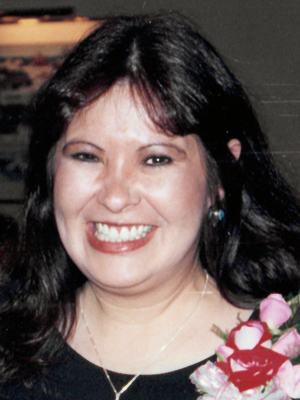 Shelley Toso was born to eternal life on January 12, 2020.  Mass of Christian Burial is Saturday, January 25, 2020 at 11:00 AM with visitation one-hour prior at St. Michael Catholic Church (16400 Duluth Ave. SE) in Prior Lake.  Father Tom Walker will preside, and Shelley’s grandsons, Josh & Caleb, will act as urn bearers.  Shelley will be laid to rest at St. Michael Catholic Cemetery in Prior Lake.

On June 19, 1956, Rochelle Ann Lang was born to parents, Irving & Irene (Morin) Lang.  Shelley was a proud big sister to Dale and Ken.  Shelley grew up in Blaine and attended St. Timothy’s grade school. As a girl, Shelley was always in search of adventure.  One time she dressed up the neighbor’s black lab in her clothes.  Shelley’s mom wasn’t very happy, because Shelley had cut a hole in her brand-new underwear to make room for the dog’s tail.  But in true Shelley fashion…she just laughed it off.

After graduating from Spring Lake High School, Shelley completed the nursing program at Anoka Technical College and earned her LPN.  During her schooling, she worked a local Montgomery Ward Department Store.  It was at work that a handsome young man from the shoe department caught her eye. His name was Stephen Toso.  When Stephen offered to drive Shelley and a few other girls to St. Anthony Main to check out a fun new restaurant, Shelley made sure none of the other girls came along, so she got Stephen all to herself.  They had a wonderful time together, and their love blossomed.  Stephen and Shelley exchanged wedding vows at St. Timothy’s on September 3, 1976.  This union was blessed with two wonderful children, Brian and Nicole.

Stephen and Shelley eventually settled in Anoka to raise their children.  Family was the most important thing in Shelley’s life.  She loved being a wife and mother.  She also made sure that her kids were close to their extended family and spent lots of time with their grandparents.  Shelley took frequent shopping trips with her mother and daughter.  The three generations enjoyed shopping, but it was mostly about spending quality time together.  Shelley always made sure that everyone felt welcome in their home, even her kids’ friends.  Shelley and Stephen hosted an “End of the School Year” hotdog picnic for the kids and their friends every year.  As a family, the Tosos also enjoyed traveling together.  They often accompanied Stephen on work trips.  Over the years they visited many places with Florida, California and Hawaii being some of their favorites.

In 1988, Shelley applied for a job at the new Bingo Hall in Prior Lake.  She had heard they were doing preferential hiring for Native Americans, and she was a proud member of the Turtle Mountain Reservation in North Dakota.  Shelley got the job on the spot, so the Toso family moved to Prior Lake.  Shelley’s parents quickly followed.  Shelley worked in the Bingo department for many years.  She later worked in a management position at Mystic Lake’s RV Park.  She loved every minute of her work.  She had a special way of connecting with people, and many of her customers became cherished friends.

When she wasn’t working, Shelley enjoyed shopping, crocheting and knitting.  Shelley was a faithful woman and very invested in her church.  She also enjoyed all the little adventures she and Stephen went on together.  They were always up for trying something new, and they had a great time along the way.  Every Christmas season, Shelley took the whole family out in the cold to find the perfect Christmas tree for Stephen to cut down.  Shelley loved passing this special tradition on to her grandkids.

Although Shelley had many interests in her life, family was the most important thing to her.  She especially loved being “Shoey” to her grandkids, Josh, Caleb, Allison, Emily & Ra’Sean.  Shelley loved taking the grandkids on special adventures, showering them with gifts and spoiling them with candy.  Shelley taught her family how to love unconditionally and the importance of a strong faith.  Her legacy will now live on in the hearts of her family members.

Shelley had a wonderful sense of humor.  Her laugh was infectious and could brighten the room.  Shelley always led with her heart and had an incredible capacity to connect with people in a genuine way.  She will be remembered always by her husband, Stephen; children, Brian (Tammy) Toso, Nicole (Steven Walker) Toso; grandkids, Joshua, Caleb, Allison, Emily & Ra’Sean; brothers, Dale (Carla) Lang and Ken Lang.  Shelley was greeted in Heaven by her parents, Irving & Irene Lang and infant sister, Brenda Lang.

Offer Condolence for the family of Shelley Toso