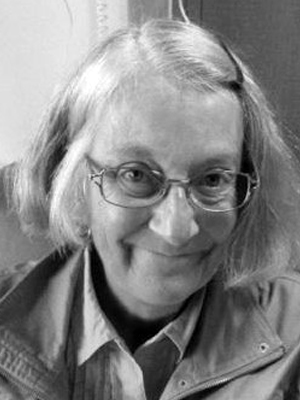 Sheila Stahler passed away October 26, 2021 very peacefully with her family present to comfort her at Hennepin Healthcare Hospital in Minneapolis.

Sheila was born July 2, 1952 in Minneapolis, MN to parents Robert and Frances Germain, but spent her childhood and teen years in Stillwater, MN where she attended elementary and high school. Later Sheila attended college at St. Cloud State and Mankato State universities earning her Bachelor’s and Master’s degrees in education and special education. Sheila was working on a PhD degree at the time of her retirement from Jordan High School in 2008 after 34 years, her entire career, working with her best friends in the special education department in Jordan. Sheila was committed to her students and touched many lives in Jordan, MN.

Sheila’s life changed in March 2010 when she suddenly developed renal failure and needed dialysis. Sheila’s life changed again in January 2011 when her sister-in-law Barbara donated a kidney for a kidney transplant. With the transplant, Sheila was able to resume some of her normal activities until the transplant failed in 2018. Sheila’s nephew William donated a second kidney for transplantation in October 2018 which was very successful allowing Sheila much freedom. Sheila was forever grateful for the gifts she received and to Hennepin Healthcare for their excellent and compassionate care. Both transplants were performed at Hennepin Healthcare.

In November, 1974 Sheila met Paul Stahler at a high school wrestling match and a party afterwards. That was the beginning of a long and very happy union. Sheila married Paul on

April 25, 1980 at St. John the Baptist Church in Jordan. They were together for 47 years until Sheila’s passing. During that time Sheila supported Paul in his medical pursuits and only took time off from teaching for childbirth. Sheila delivered two wonderful children. Paul is a surgeon at Hennepin Healthcare and Barbara is a senior accountant. Sheila loved playing with and babysitting her grandchildren Lillian, Robbie, Sophia, and Henry. Sheila also loved playing cards with her sister-in-law Beth and cribbage with Paul.

Being raised by her father and living in Stillwater near the St. Croix River, Sheila loved the outdoors. Sheila was an avid fisherperson, enjoyed camping and hiking, and the North Country. Sheila and Paul made an annual trip to the BWCAW and Quetico for canoeing, wilderness, and fishing. Since her kidney transplant Sheila has gone to Lake of the Woods for summer and winter walleye fishing. Sheila maintained a second home on Mille Lacs Lake for many years and more recently at Gordon, Wisconsin where she continued outdoor adventures, trail riding, and entertained friends.

In 1997 Sheila became a member of the Prior Lake Lions Club. This year Sheila was serving her third term as Club president. Sheila was honored by the Lions with nearly every award possible including Lion of the Year three times. Sheila served on the Lions District 5M2 cabinet for ten years as Peace Poster Chair and made many friends there. Sheila attended local, regional, and International Lions conventions.

Sheila was a member of Boy Scouts and a Brotherhood member of the Order of the Arrow. Sheila was a Scout Pack Commissioner earning her Commissioner’s Key early on, attended many campouts and other Scouting activities. Sheila also was on both the Troop and Pack 331 Committees sponsored by her Lions Club. Sheila was an active Girl Scout leader and later became the Lions liaison for the Prior Lake Girl Scouts. Sheila was very proud of the fact that her son Paul became an Eagle Scout and daughter Barbara became a Gold Scout in Prior Lake.

Sheila was a member of St. John the Baptist parish in Jordan and St. Michael’s Parish in Prior Lake.

Sheila is survived by her husband Paul, children Paul and Barbara and spouses Kathy and Joe, and grandchildren Lillian, Robert, Sophia, and Henry.

A visitation is scheduled for Tuesday, November 30, 2021 at Ballard Sunder Funeral & Cremation (104 First Street West) in Jordan, MN from 4:00 PM to 7:00 PM with Liturgy of the Word at 7:00 PM. Father Tom Walker will preside. Memorials are preferred in lieu of flowers to The Kidney Transplant Program at Hennepin Healthcare, 701 Park Ave., Minneapolis, MN 55415.

Sheila will be interred at the Gordon, Wisconsin cemetery near the headwaters of the St. Croix River at a later date when her family can be with her for the service.

Offer Condolence for the family of Sheila Ann Germain Stahler