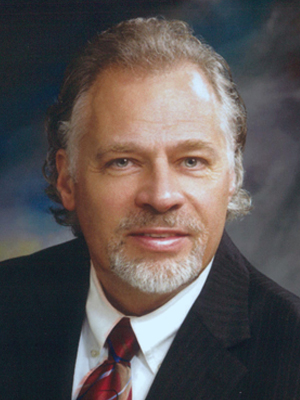 A visitation will be held Tuesday, September 7, 2021 from 5:00 – 7:00 PM at Ballard-Sunder Funeral & Cremation (4565 Pleasant St. SE) in Prior Lake. Funeral Service is Wednesday, September 8, 2021 at 10:30 AM with visitation one-hour prior at St. Paul’s Lutheran Church in Prior Lake. Pastor Greg DeMuth will preside, and Scott will be laid to rest at Sunset Memorial Gardens in Aberdeen, SD.

Frank Scott Scepaniak, better known as Scott, was born November 25, 1956 in Aberdeen, SD to Frank and LaVonne. Growing up, Scotty adored his grandmother Hatta, and spent a lot of time at her house. Scott had a younger sister, Carla and younger brother, Todd. Scott graduated from Aberdeen Central High School in 1975 and Iowa State University in 1979 with a degree in Economics.

Scott developed a love of all animals at a young age. His parents always had dogs (Sheba) and cats, but also raised Arabian and Thoroughbred horses on their farm. He learned to take care of them and also assisted in training the racehorses. Although he loved the animals, he would complain about having to help haul hay in hot SD summers! He had two cats at the time of his death, Petunia and Punkin and Phishy the fish. They especially brought him comfort during his last days.

Back in high school, Scott met Pam Petersen in the fall of 1974. They were in separate cars “taking Mains” (driving up and down Main Street in Aberdeen). He was driving his dad’s “boat” of a car, a Chrysler Imperial, with his best friend alone in the backseat. Pam was the passenger in her friend’s car, and had to say something sarcastic to the two. This began a 6 year courtship and the high school sweethearts married January 3, 1981. Over the course of 40 years, they lived in Aberdeen and Pierre, SD, Madison, WI and Savage/Prior Lake, MN.

Their precious daughter, Piper, was born September 15, 2001 after 20 years of marriage. She was the light of Scott’s life. They enjoyed riding bikes together in AZ, picking agates at Lake Superior, horse racing and attending music concerts.

During Scott and Pam’s 40+ years, they enjoyed gardening (planting trees, flowers and vegetables), nine trips to wine country in CA, drinking and learning about wine, visiting the North Shore and Fountain Hills, AZ. They purchased homes on the North Shore in Silver Bay, MN and Fountain Hills, AZ. Scott always trusted Pam’s choices in real estate. Scott loved the “cabin” in Silver Bay and would sit for hours watching Lake Superior from the patio. Up North he developed a love of “picking” agates. He would leave the house early with his coffee and scan the beach for hours before others picked it. His one request is to be buried with his largest agate (the size of his fist) and that Pam couldn’t cut it! He also liked picking up sea glass, metal and broken pottery that was so smooth from being washed by the waves. He also could be seen around town with Piper on the Moped named “Scootie”.

Scott loved attending music concerts with Aerosmith being his favorite. He saw Aerosmith multiple times starting in the early 70’s. His love of concerts and music bonded Piper and him together. He took her to her first “Wiggles” concert, later Jonas Brothers, One Direction and Taylor Swift multiple times. He talked Pam into allowing him to take Piper to Aerosmith when she was young and even she has seen them twice. Scott also loved going to the race track (Canterbury) and could read a racing form so well, that other’s always asked for his picks. Though he wouldn’t share all his secrets. Beyond the horse track, his love of betting extended to Final Four Basketball and travelled to Las Vegas yearly. He also enjoyed Packer football and UW Madison – Badger basketball and football. He and his brother Todd would often text on weekends about games and golf.

His love of racehorses and gambling developed into a Racing and Gaming career that spanned over 4 decades. He started his career as a clerk making $4 an hour for the SD Racing Commission. He later moved to Pierre, SD to become Deputy then Director for the State of SD. He worked the “bush track” horse races in Aberdeen and Fort Pierre, SD and also the dog tracks in Rapid City and Sioux City, SD. In 1988 he was recruited by the State of WI Racing Board to become Asst. Director. He later became Executive Director. His team developed the greyhound industry rules and regulations and oversaw construction of the dog tracks from a compliance standard. In 2003, Scott was sought out by Mystic Lake Casino to become their Compliance Director which later became VP of Compliance. He enjoyed his position as liaison between the Board and the Gaming Commission. During his career, he was invited to the University of AZ and Las Vegas to speak on various gaming topics. He loved his job and was very passionate in everything he did.

Scott’s last request was to have a wedding band. He never owned one, so he and Piper chose a Black Hills Gold band with 3 diamonds. The Hospice Chaplain conducted a ring ceremony, which was a renewal of their vows. His fingers were swollen so he wore it on his little finger, as did Pam, as hers didn’t fit. This was a very sentimental gesture for Scott.

He was very loved and will be missed by all.

Offer Condolence for the family of Scott Scepaniak