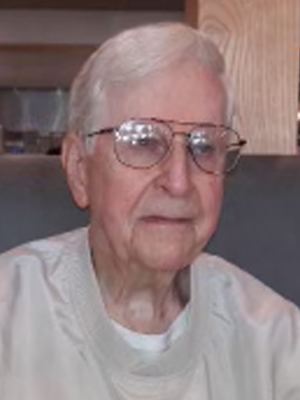 Russell Kolstad, age 85 of Sun City, AZ and Prior Lake, MN, passed away Tuesday, May 11, 2021 at his daughter’s home in Lakeville, MN. A celebration of life will be held Sunday, June 20, 2021 at 11AM with a visitation beginning at 9:30AM all at Ballard-Sunder Funeral Home, 4565 Pleasant St. SE, Prior Lake. Russell will be laid to rest at Fort Snelling National Cemetery.

On August 16, 1935 Russell was born to parents Thorvald and Carrie (Hanson) Kolstad in Minneapolis. He was the second youngest of six children. Russell grew up in a small house filled with family, love, and Norwegian pride.

Following his high school graduation, Russell enlisted in the Army. He was proud of his service and in later years, Russell’s outfit wasn’t complete unless he was wearing his ’82 Airborne ball cap.

After his honorable discharge, Russell moved to Seattle to work for Boeing before returning to Minnesota. He later worked with Control Data, Quiring Trucking, and Koch Trucking. Whether it was driving locally or long distance, Russell loved being on the road!

Throughout life, Russell stayed active. From his youthful days as a golf caddy and competitive speed skater at Powderhorn Park to his more recent outings of golf, Russell was always looking for adventure. He enjoyed hunting, fishing, golfing, and socializing with friends and family.

In 1965 at Matt’s Bar, Russell met one of the waitresses, Carol, and they immediately hit it off. After years of dating, the couple made things official on November 17, 1982 in Las Vegas. Russell was a loving husband, proud father, and grandpa. He loved road trips especially with his daughter and her family. He loved amusing his grandchildren with his humor and tricks. He willingly joined in with the grandkid’s shenanigans, often resulting in a new “look” for Russell – complete with makeup and funny hairstyles. Family was the most important part of Russell’s life.

In 2019, Russell was deeply impacted by the death of his wife, Carol. He missed their constant companionship and life together. He journaled about Carol, “she was the love of my life, and she still is. Now and always.” Wanting to be closer to family, Russell returned to Minnesota. Despite his declining health, Russell’s easy going personality persisted. He was witty, smart, and always ready with a joke!

Russell was loved and will be missed by his kids, Robin and John Galles (son in-law), grandchildren, Samantha, Emma, Maggie, and Hannah; loving nieces, nephews, other relatives, and friends.

He is reunited in Heaven with his wife, Carol; parents, Thorvald and Carrie; siblings, Irene, Tegner, Leroy, Gordy, and Les.

Offer Condolence for the family of Russell Kolstad