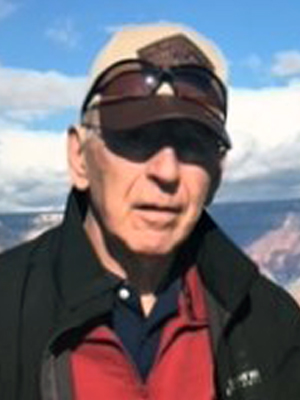 Royal Nelson, age 79, of Prior Lake, MN and Remer, MN, passed peacefully on Wednesday, September 1, 2021, surrounded by his loving family, at St Gertrude’s Health and Rehabilitation Center, in Shakopee, MN.

A Celebration of Life will be on Thursday, September 9, at 11 am, with a visitation starting at 9:30 am, at Lydia Zion United Methodist Church, 1026 East 205th Street, Jordan, MN. Pastor Mark Chapman will preside. Pallbearers will be Rick Nelson, Paul Nelson, Andrew Schrader, Steve Beckman, Rob Rehberger, and Scott Garlie. Honorary bearers will be Dick Casey, Ed Breimhorst, Roger Peterman, and Doug Berg. Royal will be laid to rest at Concord Hill Cemetery, with military honors provided by the Prior Lake Honor Guard.

Royal Charles Nelson was born on December 21, 1941, in Pine City, MN. He grew up in Pine City until the age of 5. After this, their family moved to Mora, Grand Rapids, Camp Ripley, Chisholm, International Falls, Delano and finally by age 16 to Jordan, MN. Royal graduated from Jordan High School in 1959. He was active on the baseball and basketball teams there. Dad’s favorite classes were geography and history.

Royal met Kathy in 1959 after graduating from high school. Kathy was a junior in high school. Their first date was at The Hollywood Inn on Spring Lake in Prior Lake. On January 1, 1960, he joined the U.S. Navy Hospital Corps School. On June 25, 1960, Royal married Kathleen Emilie McDonald in the city of Jordan. He drove from Illinois to Minnesota for the wedding in their 1953 Chevy convertible. They honeymooned going back to Illinois. They lived in Waukegan, IL in a 1-bedroom apartment. In the next year, their first child Rick was born. Dad was now working in the Great Lakes Hospital as a medical tech on the meningitis ward. In 1962, Royal was ordered to move to Long Beach, CA to work on the USS Guadalupe Ship A032 Auxiliary Oiler. This ship had been used in WWII. They moved into an apartment there. The ship was sent to fuel aircraft carriers and destroyers in Vietnam, Japan, Philippians’, Australia, Hong Kong, and Formosa (an island off China). Crews came back to CA in the fall of 1964. Royal was discharged from the Navy on January 4, 1964. Dad was the one and only medic on board with 210 men and women. He gave shots, stitches and first aid treatments.

Royal and Kathy moved back to Minnesota in 1964. He got a job at Owens Illinois in Shakopee, which is now International Paper. After 5 years in this position, he relocated to Menasha Corp in Lakeville, where he worked for 17 years. He was the Plant Superintendent. Royal and Kathy soon had a daughter Shelly and 4 years later a son Paul. Royal later worked selling ink for BASF and INX, where he was a top salesman. His fantastic personable skillset and being a subject matter expert in ink and the combinations of ink to form any color, made him an experienced and knowledgeable salesman.

Royal and Kathy retired in 2008, at the age of 66. He began his dream of retirement with having projects in woodworking, hunting and fishing. Royal managed two households weekly keeping up their Prior Lake home and Remer cabin. They had many friends at their cabin over the years to share the beauty of the great north woods. Taking a walk to gain solace and peace of mind always kept you grounded. They enjoyed many events in the northern communities and built many lifelong friendships. They would often go on ATV events with groups exploring the beauty of nature. Dad loved to go on the Lady Slipper tours in the ATV. Royal loved ice fishing, boating, hunting and more than anything DANCING! Dad loved to spend time with friends and family.

A year after Kathy passed away (2016), Royal decided to live permanently in Remer, MN. They were married 56 years. Royal later met Carol Backman from Chisholm, MN. He showed Carol how to love nature and enjoy the beautiful lakes and woods. They had 4 years together having so much fun. They attended many gatherings with family and friends. They took several vacation trips to Florida, Arizona, and Mexico. Carol was very helpful in taking care of Royal at the end of his life. He was not ready to go and fought hard. Royal was called home on September 1, 2021, at 11:40 a.m. He will be missed by many. Royal loved deeply and unconditionally His love will always remain in our hearts and minds forever. He was the most loving father and grandfather.

Offer Condolence for the family of Royal Nelson