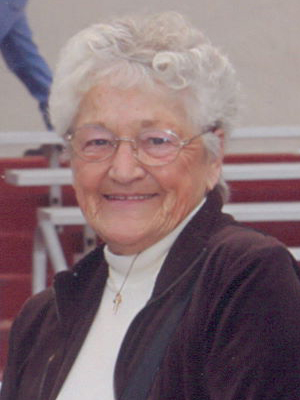 A Mass of Christian Burial will be held on Tuesday, August 6 at 11 a.m., with a time of gathering starting at 9:30 a.m., at St. Michael’s Catholic Church, 16400 Duluth Avenue SE, Prior Lake. Father Tom Walker will preside, with Rosemary’s grandchildren acting as urn bearers. She will be laid to rest following the mass, at Fort Snelling National Cemetery, Minneapolis, MN.

On March 9, 1934, in Minneapolis, MN, Rosemary Catherine was born the last of nine children to George and Mary (Roth) Hall. Hard times were felt by the Hall family, growing up during the depression years. Everyone needed to find odd jobs, including Rosemary, to help provide food and a roof over their heads. As a little girl, she quickly learned the good qualities of survival, especially from her mother. Rosemary was taught to work hard, keep family first and be devoted to your faith. These characteristics carried her through life. Rosemary attended Ascension Catholic Grade School and graduated from North Minneapolis High School.

After graduating, Rosemary took a secretarial position with a small family-owned manufacturing business, Wendell’s, Inc., located in Minneapolis. Over the next 40 years, she worked hard climbing the corporate ladder. Rosemary spent the later years as the Director of Marketing. She was fortunate to retire in her early 60’s.

While out on the town one evening, Rosemary met a young man named Allan Duane Halstrom. They courted for many years and on Valentine’s Day, February 14, 1963, Rosemary and Allan declared their love to each other, in Las Vegas, NV. Since he was a fireman in South Minneapolis, this is where the new couple put down their roots. Here, Rosemary and Alan welcomed two children, Eric and Kris. It was years later the family then moved to Bloomington, MN. The Halstrom family was a happy family. Rosemary was most content attending her children’s sporting events and school activities. She continued to instill her strong Catholic faith to the children, sending them to Catholic grade school and high school.

Family always came first in Rosemary’s life. She always put their needs before her own. When time allowed, Rosemary and Alan loved to gamble. Their favorite spot to play blackjack and the slot machines was in Las Vegas. In later years, Rosemary also enjoyed betting on the ponies at the racetrack and cheering on the Minnesota Twins. Life became enriched becoming grandma to Bailey, Ben, Colin, Rainer, Frida and Fiona. She had a special relationship with each one and was proud of who they have become.

Ballard-Sunder Funeral and Cremation proudly served and cared for the Halstrom family. www.ballardsunderfuneral.com

Offer Condolence for the family of Rosemary C. Halstrom